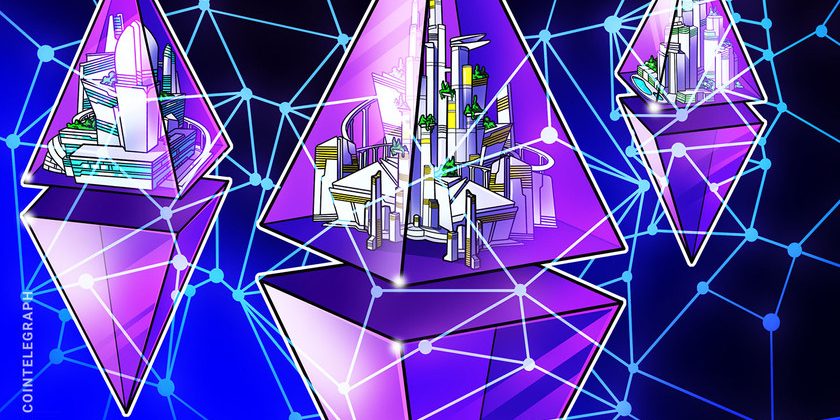 New report by Nansen delves into the distribution of staked ETH, respective holders and possible ramifications as The Merge looms.

A report from blockchain analytics platform Nansen highlights five entities that hold 64% of staked Ether (ETH) ahead of Ethereum’s highly anticipated Merge with the Beacon chain.

Ethereum’s shift from proof-of-work to proof-of-stake is set to take place in the coming days after final updates and shadow forks were completed in early September. The key component of The Merge sees miners no longer used as validators, replaced by stakers that commit ETH to maintain the network.

Nansen’s report highlights that just over 11% of the total circulating ETH is staked, with 65% liquid and 35% illiquid. There are a total of 426,000 validators and some 80,000 depositors, while the report also highlights a small group of entities that command a significant portion of staked ETH.

Lido and other decentralized on-chain liquid staking protocols were initially set up as a counter-risk to centralized exchanges accumulating the majority of staked ETH, given that these firms are required to comply with jurisdictional regulations.

Related: Experts weigh in on the Ethereum vulnerabilities after Merge: Finance Redefined

“For example, the top 9 addresses (excl. treasury) hold ~46% of governance power, and a small number of addresses typically dominate proposals. The stakes for proper decentralization are very high for an entity with a potential majority share of staked ETH.”

Nansen also concedes that the LIDO community is actively seeking solutions to the potential risk of over-centralization, with initiatives including dual governance as well as a legally and physically distributed validator set proposed.

Given the ongoing slump in cryptocurrency markets, the majority of staked ETH is currently out of profit – down by ~71%. Meanwhile 18% of all staked ETH is held by illiquid stakers that are in-profit.

Nansen suggests that this category of stakers is the most likely to sell their ETH once withdrawals are enabled at the Shanghai upgrade. Fears of a major sell-off at The Merge are unwarranted, though, as ETH withdrawals will only be possible six to 12 months after The Merge.

“Even then, not everyone can withdraw their stake at once as there is an exit queue in place for validators similar to the activation queue of around six validators (usually 32 ETH each) per epoch (~6.4 min).”

Nansen notes that if all validators withdrew their staked ETH and stopped being validators, this would take around 300 days with over 13 million ETH staked.

The blockchain and analytics platform announced the launch of a new research and education arm alongside its Merge report, aimed at marrying its on-chain data analytics with masterclasses and research papers. Nansen Research Portal will also publish industry-expert research reports from various partners in the blockchain and cryptocurrency industry.