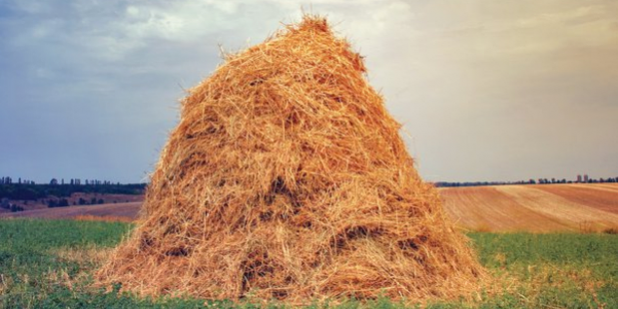 This is an opinion editorial by Doc Sharp, a bitcoin product designer currently funded by Spiral to contribute to various bitcoin FOSS projects.

It’s not a stretch of truth to anyone who’s been around the digital assets space for a while that almost every project, except the industry’s magnum opus bitcoin, succeeds in constructing effective public relations to sell their decentralized only in name (DINO) project. This is no surprise as the tens of billions raised over the past several years had to go somewhere, and it definitely did not go to building new innovative technology.

One area that bitcoin has fallen short in the public relations department, and the focus of this piece, is in the framing of how blocks are validated, colloquially called proof-of-work (PoW) or mining.

Firstly, How Does Mining Work?

In a nutshell bitcoin miners use PoW, which uses energy, to find a needle in a haystack. When they find the needle, they use it to create and add a new block to Bitcoin’s blockchain. When this new block is added, the miner gets rewarded with newly minted bitcoin. To date, this is the most decentralized means to achieving network consensus and creating valid blocks. More on bitcoin mining here.

Bitcoin Mining And The Framing Effect

In a world where capital is directed by criteria like environmental, social and governance (ESG) scores, green narratives in adoption of new technology are becoming increasingly important.

Knowing this, the perceived high energy costs of bitcoin mining and the term mining itself, which is associated with environmental destruction, has become a barrier to bitcoins adoption and a red herring used by DINO projects to discredit bitcoin and pump their bags.

Relatively speaking though, bitcoin mining’s energy usage is quite small and is mostly green. The reason people look past these realities is due to a cognitive bias known as the framing effect.

The term mining comes with many negative connotations (see image below). With other digital assets available that promise similar solutions to bitcoin with a much smaller environmental footprint, naïve users in many cases will choose them over bitcoin due to the framing effect.

People think of this when they hear mining.

I won’t get into the details in this piece, but the “greener” solution proof-of-stake (PoS) is not a viable alternative and will inevitably lead to centralization. Though with the complexities underpinning both PoW and PoS, it’s no surprise that people make choices due to superficial reasons, such as naïve views on energy.

A psychological theory that underpins the framing effect is known as the prospect theory explains why:

This is exacerbated by the fact that the majority of people today see climate change being a serious societal problem and sensationalist pieces such as “Bitcoin Uses More Electricity Than Many Countries. How Is That Possible?” circulate regularly. This is how the framing effect manifests as individuals are only shown the context of one of the frames (the environmental one).

So, what can we do to overcome the framing effect and have people realize bitcoin mining isn’t going to boil the oceans and is actually a good use of energy? We could take a note out of DINO handbook and leverage narratives that have less negative connotations associated with them to our benefit.

How could this be applied to bitcoin mining? Well …

With the Ethereum 2.0 merge, Ethereum has moved from mining with PoW, to using validators with PoS. Mining and miners as we know them will no longer exist on Ethereum, and claims of up to 99.5% reduction in energy usage have been cited.

These energy savings are a red herring as it comes at the cost of decentralization. Decentralization is a fundamental first principle of cryptocurrencies, without it they are useless. A centralized public cryptocurrency’s energy usage, even if tiny, is 100% wasted as the network has failed. Bitcoiners know this, and it’s why they will never change the code.

So, back to the framing effect. The term validators has much more positive connotations towards it due to DINOs marketing efforts, and it’s not as loaded of a term as mining. Less negative connotations means people will perceive the term more positively. Avoiding the framing effect by using a more media friendly term like validator will make it easier for people to understand the gain of PoW (More energy use, but decentralized) is greater than the loss of PoS (Less energy use, but centralized).

DINO has done all the work here by shifting the narrative to being PoS > PoW. The least we can do is leverage this effort for our benefit as they have done time and time again using the bitcoins brand to justify their Rube Goldberg machine.

In summary, re-framing PoW mining to PoW validating will benefit bitcoin long term by preventing the framing effect from occurring which is a cognitive bias where people decide on options based on whether the options are presented with positive or negative connotations.

This is a guest post by Doc Sharp. Opinions expressed are entirely their own and do not necessarily reflect those of BTC Inc or Bitcoin Magazine.