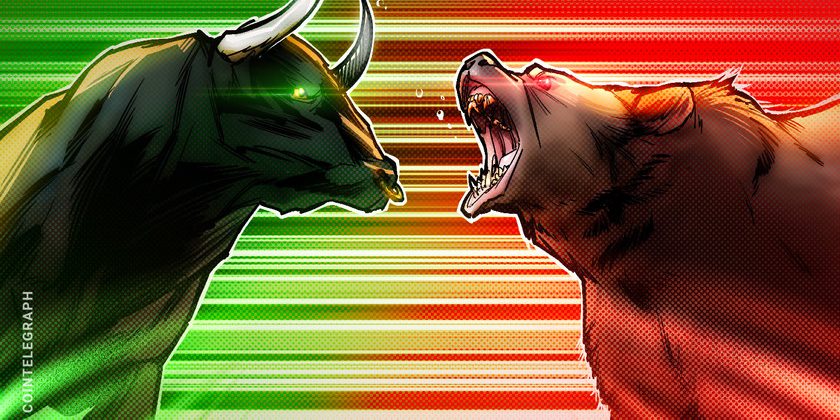 Bitcoin’s (BTC) and Ether’s (ETH) agonizing 60% and 66% respective drops in price are drawing a lot of criticism from crypto critics and perhaps this is deserved, but there are also plenty of stocks with similar, if not worse, performances.

For cryptocurrencies, 2022 has definitely not been a good year, and even Tesla sold 75% of its Bitcoin holdings in Q2 at a loss. The quasi-trillion dollar company still holds a $218 million position, but the news certainly did not help investors’ perception of Bitcoin’s corporate adoption.

Cryptocurrencies are not the only assets impacted by central banks withdrawing stimulus measures and increasing interest rates. A handful of multi-billion dollar companies around the globe have also suffered, with losses that surpass 85% in 2022 alone.

Unlike cryptocurrencies, companies, especially those listed on stock markets, rely on financing — whether the cash is used for mergers and acquisitions or day-to-day operations. That is why interest rates set by central banks dramatically impact debt-intensive sectors such as energy, auto sales and technology.

Saipem (SPM.MI), an Italy-based oil and gas engineering and exploration service provider for offshore and onshore projects, saw its shares decline by 99.4% in 2022. The company had severe losses amounting to over one-third of its equity in 2021 and it desperately needed cash to stay afloat as capital costs mounted as interest rates increased.

Uniper (UN01.DE), a German energy company with over 10,000 employees, faced severe impairments after its Nord Stream 2 gas pipeline project was suspended, forcing a 15 billion euro rescue in July 2022. However, as energy prices continued to soar, Uniper could not meet its contracts and was nationalized by the German government in September 2022. The result was a 91.7% drawdown in the stock year-to-date, down from a $14.5 billion valuation.

Cazoo Group Ltd (CZOO) currently holds a $466 million market capitalization, but the car retailer was valued at $4.55 billion by the end of 2021, a 90% loss. Nevertheless, the United Kingdom-based company thrived during the restrictions imposed during lockdowns by offering a way to trade and rent automobiles online. Similarly, U.S. auto retailer Carvana (CVNA) saw an 87% decline in its share price.

Biotech companies I-Mab (IMAB) and Kodiak Sciences (KOD) lost 90% of their value in 2022. China-based I-Mab saw its stock sharply correct after its partner AbbVie halted its cancer treatment drug trial. Previously, the biotech company was eligible to receive up to $1.74 billion in success-based payments. North-American Kodiak Sciences also faced a similar fate after its lead drug failed in the Phase 3 clinical trial.

The tech sector relies on growth, which did not happen

Software services was another sector deeply affected by the lower growth and increased hiring costs. For example, China-based Kingsoft Cloud Holdings (KC), a cloud service provider, presented a net loss of $533 million in the Q1 of 2022, followed by an even larger deficit over the following three months at $803 million. Consequently, its shares traded down 87.6% year-to-date until Sept. 22.

Other examples in the tech sector include Tuya Inc. (TUYA), an artificial intelligence and Internet of Things service provider. The company’s shares plunged by 83.7% in 2022 despite a successful raise of $915 million in March, as the Q2 revenue declined by 27% from the previous year. Tuya also accumulated $187.5 million of losses over the past 12 months.

A handful of other tech companies saw 80% or more extensive corrections in 2022, including Cardlytics (CDLX), Bandwidth (BAND), Matterport (MTTR) and Zhihu (ZH). Every single one of those examples had $1.5 billion or larger market capitalization by the end of 2021, so those losses are not to be dismissed.

There is no sugarcoating Bitcoin’s lackluster performance, especially considering that many thought its digital scarcity would be enough to withstand a turbulent year. Still, one cannot say the stock market has fared much better, adjusting to the historical volatility and gains in 2021.

Consequently, the volatility and sharp corrections are not exclusive to the sector, and investors cannot simply dismiss digital assets because of a 60% or 70% drop in 2022.

The views and opinions expressed here are solely those of the author and do not necessarily reflect the views of Cointelegraph. Every investment and trading move involves risk. You should conduct your own research when making a decision.