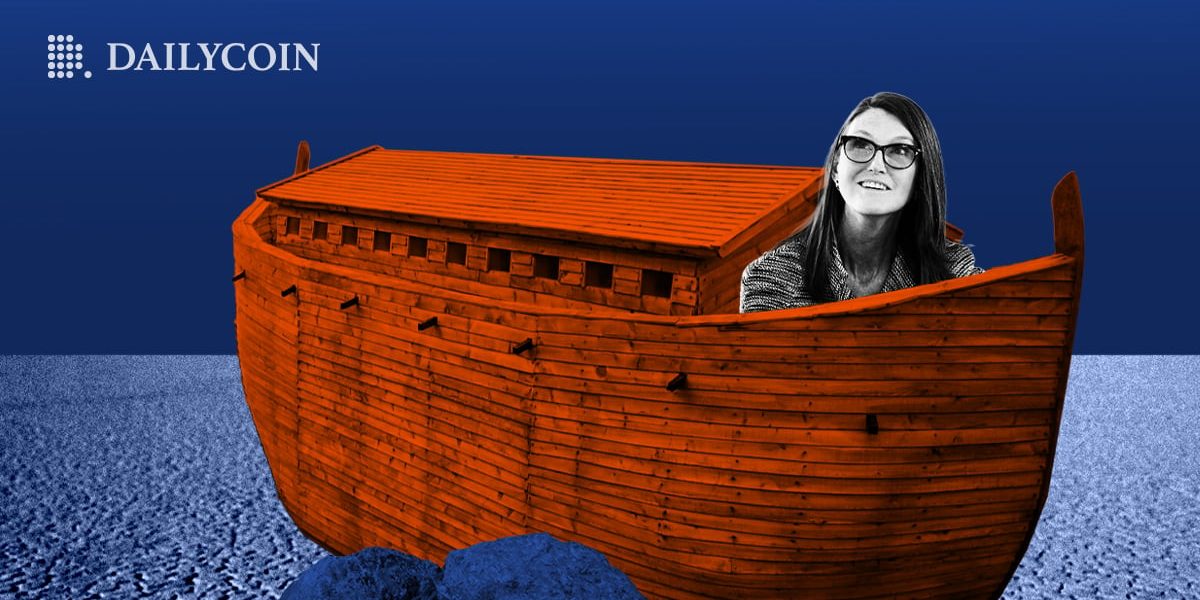 In the midst of the FTX catastrophe, asset management firm ARK Invest is placing a significant buy order for shares in Bitcoin (BTC) companies. The most recent figures show that ARK has increased its ownership of both Coinbase (COIN) and Grayscale Bitcoin Trust (GBTC).

Cathie Wood’s investment firm, Ark Invest, has increased its holdings in Grayscale’s GBTC fund by 176,945 more shares, bringing its total stake in the fund to about $1.4 million.

As of this time, Ark owns around 6.357 million shares of GBTC, which accounts for approximately 0.4% of the company’s total portfolio.

GBTC is a financial instrument that facilitates Bitcoin exposure for investors without requiring them to physically own Bitcoin. Coinbase holds the underlying Bitcoin for GBTC. Up from its recent record low of 45.2%, Grayscale’s GBTC discount has been steadily rising. As crypto market confidence has weakened over the past two weeks, Bitcoin trust has occasionally hit new lows.

The FTX Contagion has Cathie Wood Buying the Dip

With the FTX epidemic still reverberating through the crypto market, ARK’s move to increase its exposure to two companies in the crosshairs stands out.

Cathie’s Ark, a tool created by the company’s chief executive officer, reports that on November 21st, the company bought a further 176,945 shares of GBTC. These are in addition to the 273,327 shares purchased on November 15—a week after FTX collapsed.

Since then, GBTC has been in the limelight as Digital Currency Group (DCG), its parent firm, fights its own FTX woes.

Meanwhile, another target of ARK is the cryptocurrency exchange Coinbase. The company has increased its ownership in COIN by 1.3 million shares since the beginning of November. This brings its total stake to 8.374 million, which is close to an all-time high.

In its most recent newsletter email, ARK talked about the FTX incident and said that more counterparty firms could be next. It also said that the incident could affect DCG firm Genesis Trading.