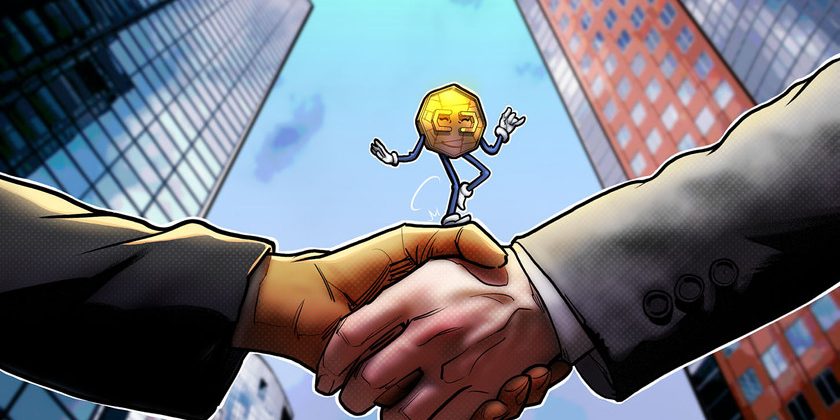 Canada’s crypto exchange landscape appears to be consolidating after Coinsquare, one of the largest digital asset trading platforms in the country, acquired CoinSmart for an undisclosed amount.

On Thursday, Coinsquare announced that it had entered into a definitive agreement to purchase all issued and outstanding shares of CoinSmart’s wholly-owned subsidiary Simply Digital. Once the deal becomes final, CoinSmart will hold a roughly 12% ownership stake in Coinsquare on a pro-forma basis.

Shares of the CoinSmart crypto exchange, which trade on the NEO Exchange, were up 67% on Friday, largely in response to the news.

The acquisition makes Coinsquare one of Canada’s largest crypto exchanges and expands its operational and business capabilities. Founded in 2014, Coinsquare has expanded its service offerings to include retail and institutional trading, crypto payment processing and digital asset custody.

CoinSmart was co-founded in 2018 by Justin Hartzman, who also served as the company’s CEO. Following the acquisition, Hartzman is set to join Coinsquare’s executive team.

As a publicly traded company, CoinSmart discloses its financial statements quarterly. In its annual summary released on April 1, the company reported $16.7 million in gross revenue in 2021, an increase of 357% year-over-year. Retail trading volume grew by 875%, likely reflecting the Bitcoin (BTC) bull market of 2021.

Coinsquare is one of just two crypto exchanges operating in Canada to pre-register with their principal regulators as they work toward full compliance with securities laws. The pre-registration requirements were established by the Canadian Securities Administrators, or CSA, and allow crypto exchanges to remain operational while their full applications with CSA are being reviewed.

In an interview with Cointelegraph on the sidelines of the Futurist conference in Toronto in August, Coinsquare chief operating officer Eric Richmond explained that the crypto exchange registered with the Investment Industry Regulatory Organization of Canada, or IIROC, in November 2020.

Crypto adoption in Canada is on the rise, but like in other countries, participation is largely based on underlying market conditions. According to a KPMG survey, adoption is also growing within institutional circles due to crypto’s perceived upside and innovative potential.