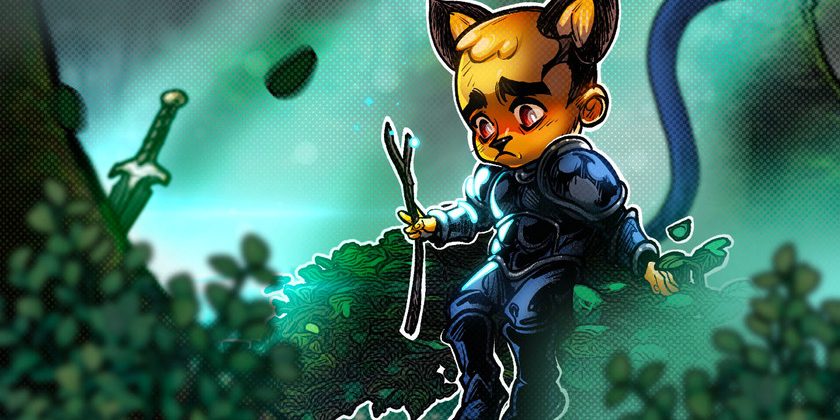 What we have today in terms of Web3 gaming is not working. Play-to-earn has not worked and neither will play-to-earn or any X-to/and-earn. On top of that, traditional gamers view nonfungible tokens (NFTs) with suspicion. They dunk on expensive apes and are skeptical of large game publishers applying the lipstick of NFTs for further monetization.

Nobody knows what a successful Web3 game will look like yet. To get there, we need more developers to experiment with more models. We need infrastructure that will lower the barriers to Web3 game development and make it easy for developers to experiment. That’s why it’s imperative to invest in developing the underlying infrastructure rather than getting carried away by the speculative hype.

The Web3 gaming infrastructure can be broken into two phases:

Navigating the mint in pre-release development

Game developers have a wide range of options to choose from when deciding where and how to mint the game’s NFTs. Specialized gaming blockchains such as ImmutableX and Klaytn offer low-to-no gas fees and high throughput.

Many games are also setting up their own blockchains to enjoy maximum flexibility and scalability. Axie Infinity launched the Ronin sidechain, and DeFi Kingdoms has an Avalanche subnet called DFK Chain. However, launching an independent chain is not technically simple.

Emerging players like Saga are trying to capture this new demand by offering a simplified experience for developers seeking to launch their own chains.

In the future, besides building out their own chains, Web3 game developers will opt for the easiest experience with full-stack Web2.5 integrators that simply offer SDK and API toolkits. Forte, Stardust and Particle Network are examples of full-stack infrastructure providers that cater to the developer experience.

Inflationary tokenomics are on the way out

Web3 games have the option to finance the initial development by pre-selling in-game tokens and game assets. We have witnessed the rise and fall of the inflationary token economic model.

Moving forward, selling tokens and game assets, especially those with equity-like governance and ownership features, will become more selective. Projects will whitelist or prioritize buyers who are players or meaningful contributors such as content creators, infrastructure providers and community managers.

Infrastructure for Web3 gaming growth and engagement is in a tricky chicken-and-egg situation because the traction is still relatively low, which is due to the lack of compelling games.

But once a few Web3 games hit critical mass, the network effects from identity data will enable these platforms to bootstrap and collectively innovate faster.

Aside from the lack of compelling games, familiar aspects such as reviews and social features are missing from Web3 games. There is huge room for competition and innovation as users can easily port to new entrants without losing their assets.

Web3 games generally share value capture with their players and community. Instead of buying everything from the game creators, players can earn or purchase in-game assets and currency from one another, creating a player economy.

For mature Web3 gaming economies, productive digital assets become an attractive source of yield through rental, loans or staking. In fact, successful games may even decide to capture their own financial layer by creating in-house substitutes, given how lucrative it can be, as in the case of Axie Infinity’s marketplace or StepN’s new decentralized exchange.

Lastly, there are guilds and metaverse platforms that offer the games funding, integrations and partnerships. They are in a good position to become focal points for Web3 gaming, like major publishers and distributors in traditional gaming. The crucial difference is that the players and creators can own significant stakes and contribute via governance through decentralized autonomous organizations.

The Sandbox and Decentraland are the leading metaverse platforms. But both of them require creators to purchase land upfront, so a lot of land was sold to speculators who do not contribute anything meaningful to the ecosystem. Taking a different approach is Mona, which is free for creators upfront until a space is minted and sold.

Related: Get ready for the feds to start indicting NFT traders

The guilds are compelled to differentiate themselves amid growing competition. Snack Club, for example, taps into Brazil’s largest esports and gaming lifestyle group Loud, with 300 million followers. Jambo is building an African super-app that includes telco services and decentralized finance alongside gaming.

Games play an essential role in our lives and have long been a frontier of human experimentation. What we’ve witnessed in Web3 gaming so far is part of that experimentation. Undoubtedly, the pitfalls are many.

Most iterations of Web3 game economics today are problematic because everybody assumes they will make money playing games. That is not how economies work. So, let’s not confuse speculative hype, which is volatile and fickle, with actual adoption and retention.

Shi Khai Wei is the general partner and chief operations officer of LongHash Ventures, a Web3-focused venture fund and accelerator. In 2021, Shi Khai was awarded Forbes 30 Under 30 in recognition of his achievements. He was previously a management consultant at McKinsey & Company, with a focus on digital transformation and analytics across the financial and telecommunications sector in Southeast Asia.

Saga, Particle Network, Mona, and Jumbo — mentioned in this piece — are LongHash portfolio companies. This article is for general information purposes and is not intended to be and should not be taken as legal or investment advice. The views, thoughts, and opinions expressed here are the author’s alone and do not necessarily reflect or represent the views and opinions of Cointelegraph.