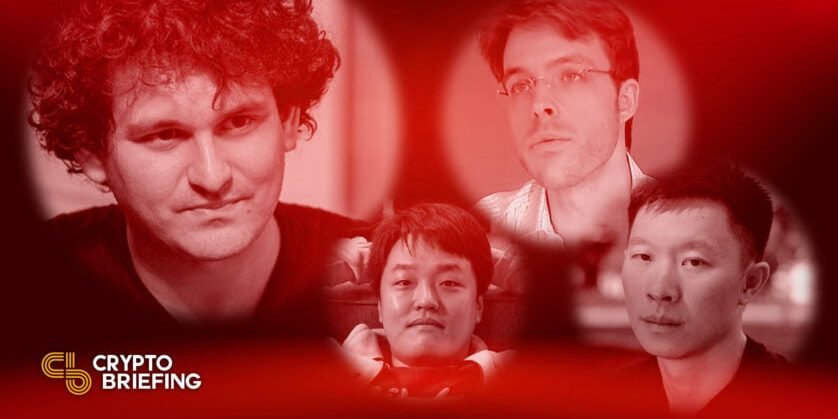 2022 has seen more than a few once-revered industry figures fall from grace, but none has blazed out more spectacularly than Sam Bankman-Fried. The sheer extent of his financial woes—and likely forthcoming legal perils—seem to have encouraged a few past offenders to weigh in.

The industry is reeling from its largest scam to date, a multi-billion dollar fraud orchestrated by Sam Bankman-Fried and his close associates at FTX and Alameda Research. A minimum of $9.5 billion is known to be lost outright, but FTX’s shoddy record-keeping means millions more (if not billions) might be unaccounted for. This week, the contagion has continued spreading throughout the markets; dozens of companies did business with FTX, and the full aftermath of its collapse is still unfolding as we speak.

In an industry that has revealed itself to be full of bad actors, Bankman-Fried’s swift and monumental downfall has dwarfed those before it. As a result, some of the space’s old friends (and now pariahs) have felt comfortable exposing themselves on social media to weigh in.

There was once a time when people who were suspected of wrongdoing kept their mouths shut on the advice of counsel. In crypto, however, suspected bad actors have access to Twitter, and it would appear that their lawyers lack the upper body strength required to pry their phones from their hands.

SBF, for his part, has spent the better part of this week tweeting out nonsense of various sorts, from single-letter tweets forming acronyms to implausible denials that he even knows what’s going on. He’s likely not done himself any favors with this behavior, and his statements concerning seeking fresh capital have left onlookers stunned and infuriated.

Now that the industry has a new Public Enemy Number One, some of its old antagonists have come out of the woodwork to comment.

Among the most notable to speak up was Three Arrows Capital (3AC) co-founder Su Zhu, who disappeared along with fellow co-founder Kyle Davies this summer after it became clear that 3AC was going bust in the wake of Terra’s collapse in May. Famous for his frequent, cryptic tweets, Zhu went mostly silent on Twitter on his firm’s collapse in June, appearing only briefly in July to criticize 3AC’s liquidators. At the time, the firm owed $3 billion after defaulting on a series of loans.

Now Zhu seems to be in higher spirits. On November 8, the same day that FTX’s freefall began in earnest, Zhu reemerged on Twitter after a months-long hiatus. While many have demanded that Zhu himself face accountability for losing investor money, he has apparently been working on his mental health and enjoying time surfing.

So what have I been doing?

Catching up w long lost friends
Redeveloping spirituality, mental health. Highly recommend Sam Harris’s Waking Up app
Surfing
Learning new languages
Praying for those who got hurt with me, those who want to hurt me, and those hurting in general

Zhu has also used his return to spread more than a few conspiracy theories surrounding the exchange’s collapse, many of which come down to the idea that the Democratic Party is actively working with Bankman-Fried for nefarious reasons. While Bankman-Fried is a known donor to Democratic campaigns, there is currently no evidence of illegal collusion beyond speculation.

Meanwhile, Davies appeared on CNBC’s Squawk Box today to discuss FTX, accusing the failed exchange of colluding with Alameda to trade against 3AC clients, claiming that the public nature of the implosion has allowed him to speak more freely.

Perhaps most surprising, however, was the emergence of Do Kwon into the debate, who is on the run from South Korean authorities and is currently wanted in all 195 Interpol member states. The disgraced Terra co-founder made a surprise appearance on UpOnly last week as FTX collapsed to weigh in on Bankman-Fried’s downfall. As he has previously insisted, Kwon denied that he was on the run, but he did not reveal his location and left the call as mysteriously as he appeared.

When asked if he had any crisis management advice for Bankman-Fried, Kwon replied, “Well, I don’t think I did it particularly well, so I don’t think I’m the best person to ask for advice.”

With countless voices crying out for all four of these men to face justice, the audacity of the “lesser” fraudsters to reappear in order to criticize the bigger one is pretty rich. While some of their antics are no doubt amusing, let’s not forget that all of these people did serious damage on their way out. Now it seems they’re attempting to minimize their own mismanagement by comparing it to SBF’s, and while they might win over a few impressionable hearts on Twitter, they are not helping their cases by giving public commentary.

Overall, though, the community wants little to do with the erstwhile titans of the industry. Many have accused them of wrongdoing themselves—if not blatant fraud, then at least the mismanagement of funds. The outpouring of rage has been voluminous, and a quick look around Crypto Twitter gives just a glimpse of how angry people are.

It’s an easy talking point to say that the crypto space needs to weed out bad actors, but in reality, there’s only so much we can do as an industry to run off those who would take advantage of the space. There are some regulations for which you do need an enforcer, if for no other reason than to demonstrate to others that “asking forgiveness later” does not excuse outright criminality. Sometimes, saying “sorry” doesn’t cut it.

Sam Bankman-Fried will very likely be severely punished for what he’s done, as he should be. He may have friends in high places that he thinks can protect him, but he’s also shattered the trust of many of the same people who could have helped him out. He’s innocent until proven guilty, sure—but proving SBF’s guilt looks like it might be as easy as proving 2 + 2 = 4.

Still, the lesser fraudsters shouldn’t be comforted just because there is a bigger bad guy in the room now. And someone really ought to take their phones away.

Disclosure: At the time of writing, the author of this piece owned BTC, ETH, and several other crypto assets.

Chris Williams explains why crypto’s water cooler is a less entertaining place without the Three Arrows Capital co-founder.   Su Zhu on Crypto Twitter For almost as long as crypto has…

Where Has Do Kwon Gone? Terra Chief Says He’s “Not on the Run” a…

Kwon insisted that he was “not ‘on the run’” on Twitter Saturday. Authorities have suggested otherwise.  Do Kwon Disappears Do Kwon may or may not be “on the run,” depending…

Before agreeing to sell FTX.com to Binance, Sam Bankman-Fried assured his Twitter followers that the exchange was in good financial standing in several since-deleted tweets. Apparently, it wasn’t.  SBF Goes…