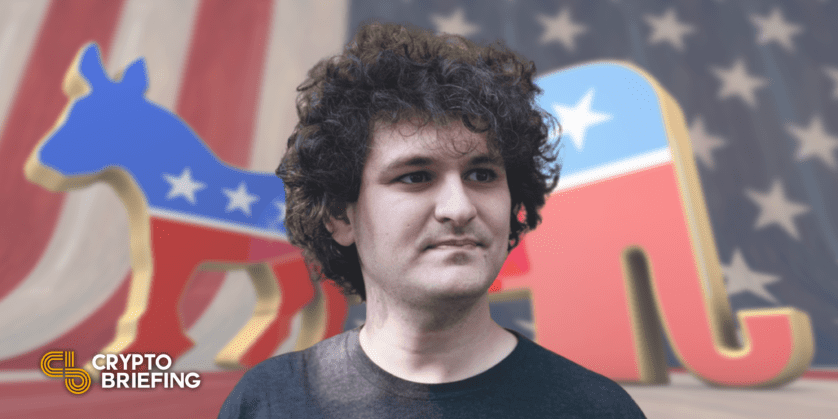 At least five organizations have signaled their intention of returning FTX political contributions.

One by one, U.S. political groups are announcing they will return the millions Sam Bankman-Fried donated to them.

Sending Back the Money

The U.S. political system is still dealing with the fallout of the FTX fraud.

According to CNBC, the pro-Democratic Senate Majority PAC announced today that it would seek to return $3 million in donations from former FTX CEO Sam Bankman-Fried and former FTX head of engineering Nishad Singh. Another political action committee, the House Majority PAC, has also declared its intention of returning the $6 million Bankman-Fried donated to it.

According to Washington-based non-profit organization OpenSecrets.org, Bankman-Fried’s donations in the last two years reached a total of $46.5 million. That number could possibly be higher, if the SDNY’s allegations that he made political contributions under other people’s names turn out to be true.

Bankman-Fried and the FTX group had contributed millions towards other organizations aligned with the Democratic Party. OpenSecrets claims that Protect Our Future received $27 million from the FTX group, while the House Majority PAC got $6 million, Future Forward USA $5 million, America United $1.3 million, and the Senate Majority PAC $1 million. Texan political candidate Beto O’Rourke was given $1 million as well, while the crypto political organization GMI PAC received a $2 million donation. CNBC’s report indicates that the Senate Majority PAC received its extra $2 million from Singh personally.

Sam Bankman-Fried provided The Block at least $27 million in funding in the last year and a half. It appears that no one at the company was aware of the…

SBF, Kwon, 3AC, and more: 2022 was a packed year for crypto villains.  The Crypto Villains of the Year  The Crypto Briefing editorial team puts a lot of thought into…

Weeks after its collapse, FTX remains a focal point of the crypto news cycle. SBF Interview Leaked FTX CEO Bankman-Fried made headlines on Tuesday, November 29, after he gave a…

ConsenSys CEO: ‘We’ve retained virtually all of our capabilities’ after job cuts
February 7, 2023