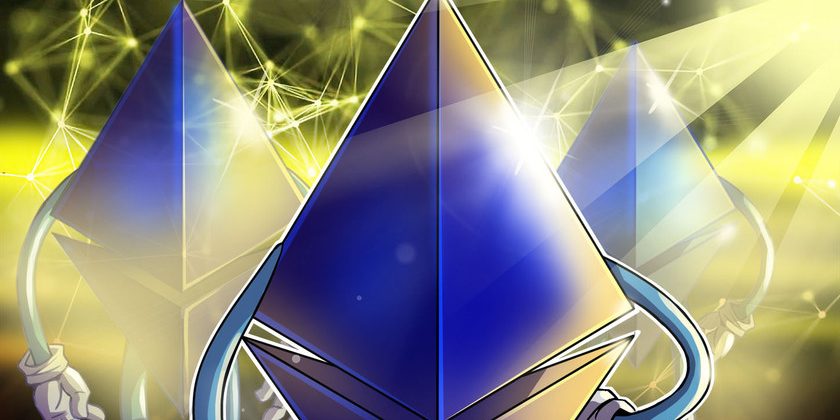 On the first day after the Merge, the decentralized finance (DeFi) community is settling into the seemingly uneventful transition of the Ethereum network from proof-of-work (PoW) to proof-of-stake (PoS). However, it has yet to be seen the benefits that hard forks will bring to PoW supporters.

So far, the most important contending networks in favor of the mining community, EthereumPoW and Ethereum Classic, have shown different outcomes post-Merge.

The fledgling EthereumPoW started its debut with Twitter users reporting issues with accessing the network. The issues were confirmed to be the result of a hack to the network but was reportedly resolved.

Major cryptocurrency exchange OKX has already started providing on-chain data for the new network. Though the current transaction activity of the crypto asset seems stable, the PoW spin-off’s price value has been in constant decay since its launch, going from a price of $137 at its peak to $5.87 at publishing time, according to CoinMarketCap.

Moving forward, there is no clear infrastructure or roadmap plan for the ETHPoW network. The project’s “meme” white paper, displayed on its website, is 10 pages long, with five of them solely dedicated to the title of the project and the remaining five “intentionally left blank.” The prank document is also accompanied by a GitHub repository with merely 16 contributions since August this year, and no further information is provided on the section of EthereumPoW official documents.

The cryptocurrency Ethereum Classic (ETC) could see a turnaround in its struggle to lift off, as the community could shift to the six-year-old project.

Originally created in 2016, the existence of Ethereum Classic is the result of one of the biggest philosophical divisions in the Ethereum community. The fork originated as a solution to the hack of The DAO, a project executing on the Ethereum network.

The DAO was an early iteration of a decentralized autonomous organization (DAO) on the Ethereum network. To address the hack and compensate investors, the community agreed to essentially roll back the network’s history to before the hack happened with a hard fork. While the new fork inherited the name “Ethereum,” those who disagreed with the move continued to support the old fork, which became known as Ethereum Classic.

Today, Ethereum Classic works as an open-source blockchain that runs smart contracts with its own cryptocurrency.

The preference for ETC over other fork options goes beyond its market price, already submitted to various ups and downs, but rather a matter of practicality. Sebastian Nill, ETC miner and chief operations officer of mining consulting company AETERNAM, told Cointelegraph that, since it runs using a PoW consensus protocol, it is more attractive for the mining community, adding:

“The possibility of a hardfork has always been there. People are always going to prefer to be able to mine Ether rather than having to buy it.”

As the network is a fork of Ethereum, meaning everything the main network had can be replicated on its hard fork, that doesn’t imply that the possibility of building products and services on top of the ETC’s chain would be the main interest for the community.

The cryptoasset could also absorb most of the energy consumption left by Ethereum to apply on their own proof-of-work, allowing the network to confirm transactions and maintain its security with an important amount of energy resources.

“Ethereum Classic is going to be just as effective as Ethereum was for miners. In the end, the community is going to pick ETC, not because of its rentability but for effectiveness for data processing,” Nill says.

The users that decide to hold Ethereum PoW or any subsequent token post-Merge could find it difficult to trade their new assets. The support for operations with the fork-resulting asset from major exchanges like Binance is a current relief for holders who still face the asset’s decay in value.

Moreover, another concern that could be in sight is the one coming from the regulation front. In a recent commentary given to Wall Street Journal reporters on Thursday, the United States Securities and Exchange Commission chairman Gary Gensler reportedly said that cryptocurrencies and intermediaries that allowed staking could be defined as a security.

The regulatory attention toward Ethereum resulting from a PoW to PoS transition could be a game changer that effectively fits the U.S. law. This is due to the possibility of staked assets to generate dividends and be seen as securities according to the Howey test.

On the other hand, while Ethereum’s upcoming PoS model is more energy efficient and environmentally friendly, the upgrade hasn’t cured the current headaches for DeFi protocols and its users, like network congestion and high transaction fees, known as gas fees. For instance, the first nonfungible token (NFT) to be minted post-Merge cost over $60,000 in gas fees.

The building of strong foundations over providing lower gas fees and major transaction speed is a temporary tradeoff that won’t affect the market, as Matt Weller, global head of research of City Index, told Cointelegraph:

“From a user perspective, you want something that is cheap, fast and reliable. Through the Merge and more scaling in future plans for the Ethereum Foundation, this could be a foreseeable opportunity. They have worked from a very safe place, assuring security at all cost over other tradeoffs.”

Ethereum’s choice to bet on a change for its consensus protocol has been defended as a necessary, non-negotiable step.

Skylar Weaver, devcon and devconnect lead of the Ethereum Foundation, told Cointelegraph that the Merge is a testament to the network’s “no shortcuts” approach to its development:

“No, I don’t think it is a trade-off. I see PoS as a necessary step to achieve those user-focused perks, like transaction speed and lower gas fees. Other chains achieve lower gas fees and faster transaction speeds indeed by making tradeoffs: They sacrifice decentralization to have more scalability. They take shortcuts.”

Moreover, the usage of rollups through layer-2 networks will still allow access to Ethereum’s benefits for mainstream users.

“Ethereum is scaling right now via L2s. Specifically rollups. Folks can use Rollups today to have transactions with a fraction of the gas cost, faster, while still inheriting the security and decentralization benefits of Ethereum. That’s how we are scaling without taking shortcuts.” Weaver said.