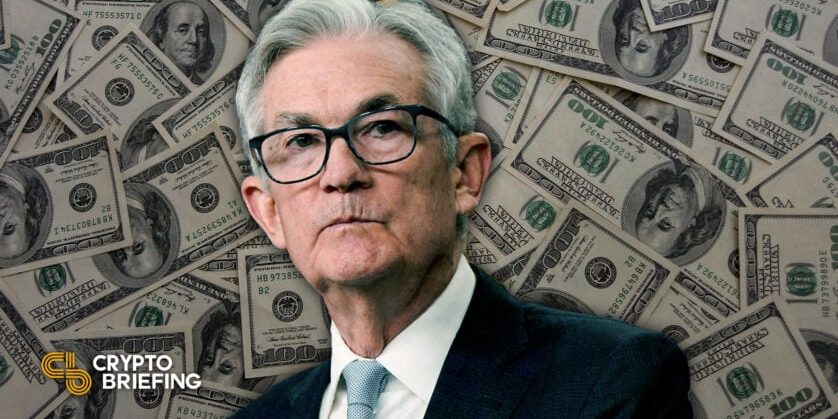 The Federal Reserve announced today that it would be slowing down the pace of its rate hikes, and only increase them by 0.50%.

The Fed will only be raising interest rates by 50 basis points, instead of 75 basis points like in previous months.

The Federal Reserve announced today that it was raising interest rates by 50 basis points.

Speaking at the Federal Open Market Committee (FOMC), the U.S. central bank declared its decision to hike the federal funds rates by half a percentage point, bringing it up to 4.25% to 4.50%. The decision to only raise rates by 50 bps (instead of 75 bps, as was customary over the last few months) is notable, as it could potentially signal a softening in the Fed’s monetary policy. However, Fed Chair Jerome Powell indicated that he expected to keep raising rates at a slower pace over a longer period of time, meaning that financial markets will likely experience more pain in the months ahead

Interest rates are one of the tools the Fed can use to combat inflation. By raising rates, the central bank makes borrowing more expensive, which in turn pushes investors to sell their riskier assets for a strengthening U.S. dollar. After being criticized for not taking inflation fears seriously—Powell infamously stated in March 2021 that inflation would be “transitory”—the central bank moved aggressively over the course of 2022, first raising rates by 25 bps in March, then 50 bps, and finally 75 bps on multiple occasions.

However, the Fed’s newfound zeal in tackling inflation has caused a new concern: that its hawkish monetary policy could push the U.S. and its allies into a recession—possibly a long one. The United Nations recently issued a warning to that effect, claiming that the global economy could suffer from the Fed’s “imprudent gamble.” This has led investors in traditional finance and crypto alike to believe the Fed could quickly reverse course on its monetary policy, and start cutting rates again, a hypothesis commonly known as the “Fed pivot.”

While the Fed’s decision today could be a step in that direction, it doesn’t seem like the central bank will begin cutting rates any time soon. Powell reaffirmed today his commitment to bring inflation down to 2%, and while yesterday’s CPI print showed a decrease in the year-to-year inflation rate, it was still 5.1% above Powell’s avowed objective. “Our judgement today is that we are not at a sufficiently restrictive policy stance yet,” he stated, insisting that rates could remain high over a long period of time even after the central bank stops raising them.

Into the Night: Markets Tremble as Powell Warns of “Pain” Ahead

Federal Reserve chair Jerome Powell delivered an address this morning at the central bank’s annual Jackson Hole meeting in which he warned of tightening policies “for some time.” Risk markets…

Bitcoin Down as Fed Hikes Rates by Another 75 Basis Points

The Fed’s funds rate is now 3.75% to 4%. Fed Hikes Rates The Federal Reserve has hiked interest rates by another 75 basis points.  The U.S. central bank announced it…

How to Avoid Cryptocurrency Scams
February 2, 2023

Why is Bitcoin Rising? Cryptocurrency Adoption in Canada
February 2, 2023