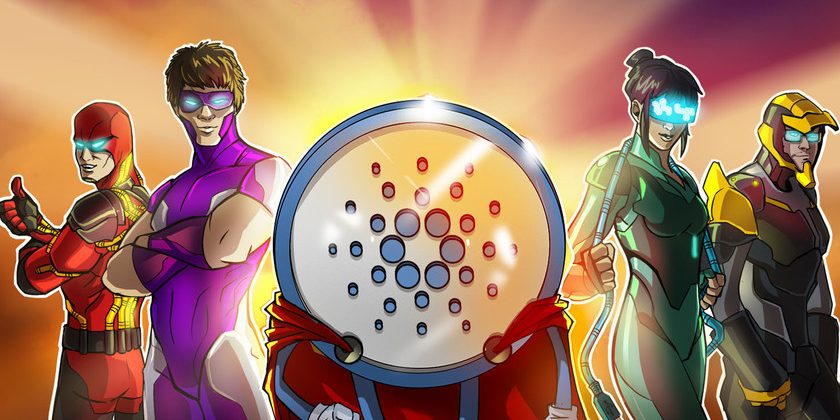 After several months of delays, the Cardano Vasil upgrade and hard fork has finally gone live as of Thursday at 9:44 pm UTC, bringing “significant performance and capability” enhancements to the blockchain.

The success of the Cardano mainnet hard fork was announced by blockchain company Input Output Hong Kong (IOHK) on Twitter on Thursday, while others also observed the hard fork tick over in a live Twitter Spaces with Cardano co-founder Charles Hoskinson.

We’re happy to announce that today, at 21:44:00 UTC, the IOG team, in collaboration with the @CardanoStiftung, successfully hard forked the Cardano mainnet via a HFC event, thus deploying new #Vasil features to the chain.
1/5

Better buy some mouthwash. Vasil is live. Anyone have recommendations for Greg 🙂 https://t.co/RTehxad97Z

New capabilities brought by the Plutus script upgrades will become available for developers on the mainnet on Sept. 27, after one epoch which currently lasts around five days.

Bill Barhydt, founder of crypto trading platform Abra called the upgrade a “big win for developers” with decentralized finance platform Genius Yield tweeting it was “one of the most complex and consequential updates to the Cardano network ever done.”

Making UTXO’s and inputs accessible to scripts/Plutus without spending them is a big win for developers. Well done!

The date for the upgrade was announced in early September by IOHK, while the “critical mass indicators” needed to trigger the hard fork were reached in the 24 hours leading up to the event.

It comes after months of delays and reschedules, with the launch day originally slated for June, it was twice delayed due to issues on the testnet caused by bugs in a prior node version creating compatibility issues.

Following the Vasil upgrade, Cardano is continuing to develop it’s layer-2 scaling solution, the Hydra head protocol, which processes transactions off the Cardano blockchain whilst still using it as the security and settlement layer.

The latest update on Hydra from Sept. 16 detailed the team addressed a known issue with the Hydra nodes. The protocol has no set launch date, but it’s intended for sometime in late 2022 or the first quarter of 2023.

The announcement of the successful launch sent the price of Cardano’s coin ADA upwards by nearly 4% over the last 24 hours to $0.46 according to CoinGecko data, although it is still down over 4.5% on the week.