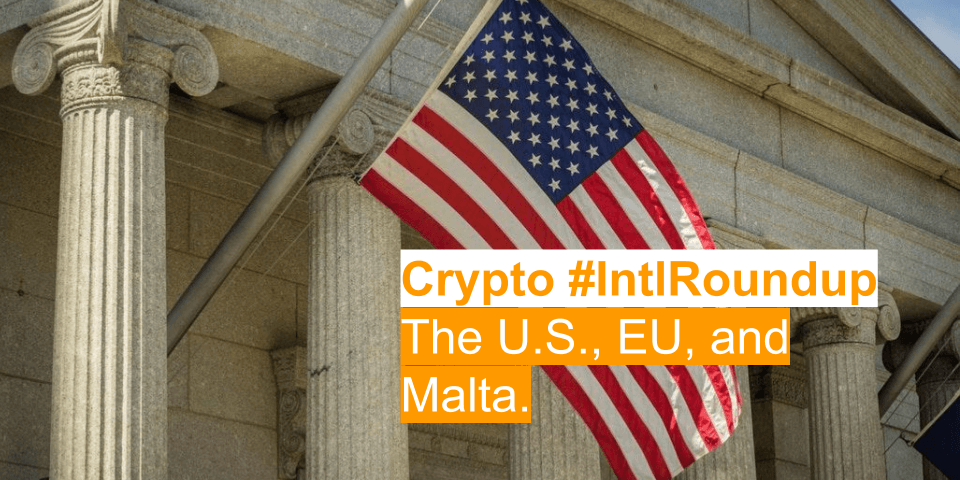 As part of our weekly international roundup, Coinsquare News covered the week’s significant cryptocurrency and blockchain headlines. In this edition, we look at the SEC’s recent letter vowing not to take action against TurnKey Jets’s unregulated ICO, the launch of a blockchain-focused association in the EU, and more.

This week, the U.S. Securities and Exchange Commission broke new ground when it issued a letter stating that it will not take action against a startup that used digital assets to secure funding.

The “No Action Letter” was granted to TurnKey Jets, a company which leases private jets in the United States. As Bloomberg reported, this means that as long as the company follows a set of stipulations, it will not be the recipient of any action from the SEC for its unregulated Initial Coin Offering (ICO).

In the past, we have seen the SEC express its opinion that Ether (ETH) is not a security, following a lengthy debate. This meant that Ether’s original sale back in 2014 would not be scrutinized under the stricter regulatory requirements imposed on securities offerings. However, this marks the first time that the Commission has explicitly issued a letter of this kind. As a result of this development, the way that TurnKey Jets handled its ICO could theoretically serve as a framework for other startups moving forward.

The EU establishes an “International Association of Trusted Blockchain Applications”﻿

On April 3rd, the European Commission announced the official launch of the International Association of Trusted Blockchain Applications (INATBA). According to a media release, the INATBA’s goal is to support efforts for blockchain technology to become “mainstreamed and scaled-up across multiple sectors.”

To do so, the INATBA will enlist a variety of industry experts, startups, enterprises, policy makers, international organisations, and regulators.

During the INATBA’s launch event, the Commissioner for Digital Economy and Society, Mariya Gabriel, reportedly praised blockchain technology’s potential to remove the need for trust in collaborative systems.

“In today’s economy, there is less and less time to build trust in the way it happened in the past,” she said, according to Finance Magnates. “To fight cancer, to balance renewable energy, to trace the authenticity of goods, actors must be able to trust one another without meeting face-to-face. And how can we achieve this? Of course, with the help of blockchain.”

Despite being a small island with a population of less than half a million people, Malta is frequently mentioned in our international roundups. Thanks to the innovative approach that Maltese leaders have taken when it comes blockchain technology, the nation continues to further its goal of becoming a “blockchain island.”

This week, the Malta Financial Services Authority (MFSA) issued in-principle approvals for 14 cryptocurrency agents. According to an official release, these agents would be the first level of defence against digital asset malpractice.

According to local media, about 250 lawyers, accountants, and auditors originally applied for certification, but most failed the official assessment process. The 14 that were given conditional approval were picked from a set of 28 qualified agents, in what officials reportedly called an “important milestone” for cryptocurrency regulation.

“We have worked actively since November 2017, when we started out regulatory journey in the field of cryptoassets,” said MFSA head of securities and market supervision, Chris Buttigieg. “Today, we have a complete framework that caters for all key areas of risk, being inter alia the risks to consumers, market integrity, financial crime and cyber-security.