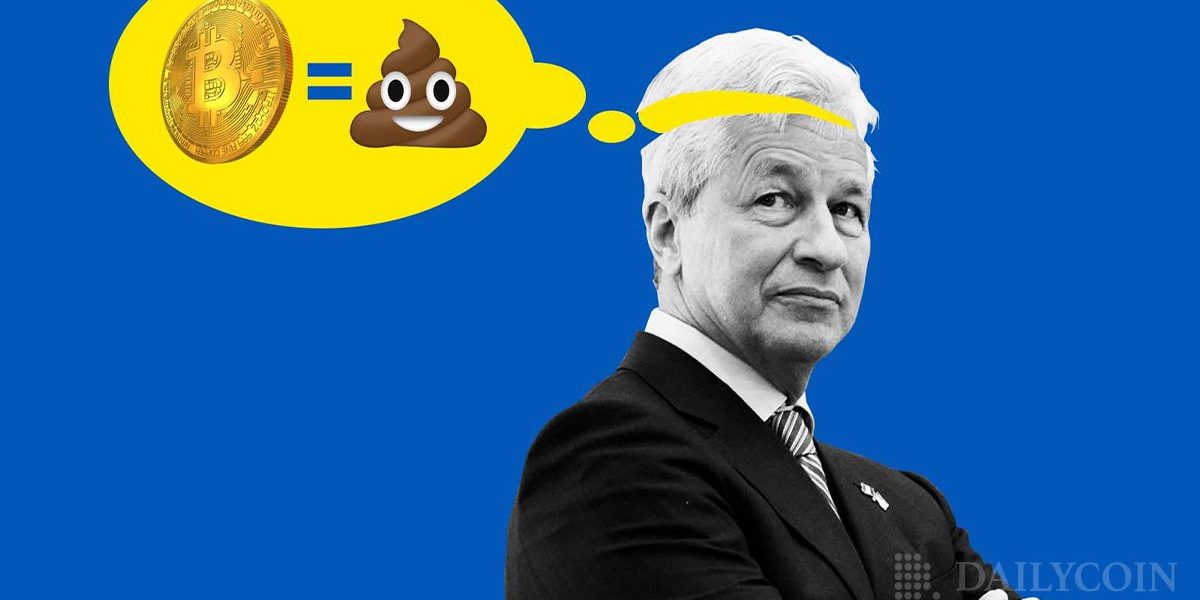 “I’m a major sceptic on crypto tokens, which you call currency, like Bitcoin,” James Dimon, CEO of JPMorgan Chase, a New York-based multinational investment bank, said in congressional testimony, where he was asked what keeps him from being more active in the crypto space. “They are decentralized Ponzi schemes,” said Dimon, as he stated strong opinions against cryptocurrencies in recent congressional testimony where he was called out for constantly criticising crypto, Bloomberg reported.

Dimon added that stablecoins (digital assets tied to the value of the US dollar or other currencies) wouldn’t be problematic with the proper regulation.

It is worth noting that JPMorgan Chase is using blockchain for collateral settlements and in the trading of traditional financial assets. However, the U.S. legislation drafted to regulate stablecoins could place a two-year ban on coins similar to Terra USD. Under the latest version of the bill, it would be illegal to issue or create new “endogenously collateralized stablecoins,” according to Bloomberg. “The definition would kick in for stablecoins marketed as being able to be converted, redeemed or repurchased for a fixed amount of monetary value, and that rely solely on the value of another digital asset from the same creator to maintain their fixed price.”

Dimon’s Controversial Statements in the Past

Dimon is known for making controversial statements when it comes to crypto. He deemed Bitcoin a fraud in 2017 but later said he regretted making that statement. Later, he said it was worthless but that he’d follow clients, and recently, he acknowledged that decentralized finance, where banks are replaced by algorithms, is “real.”

Early this year in June, Dimon told investors at a company conference to brace themselves for an economic “hurricane.” Dimon later clarified that a hurricane-like economic situation isn’t a given but a possibility, which is why he urged lawmakers to be prepared for the worst “so that we take the right actions if and when that happens.”

The negative comments made by the CEO of JPMorgan Chase towards crypto could be seen as a way of protecting traditional finances services since crypto comes across as a competition.

In order to improve, we give you the opportunity to rate DailyCoin content

Akriti is a Zurich-based reporter, focused on the political, regulatory, and legislative developments around crypto. She is a business journalist with over six years of experience working as a correspondent for organizations like Channel NewsAsia and Bloomberg TV India. In that time, Akriti has covered news in the finance, pharma, and state sectors.