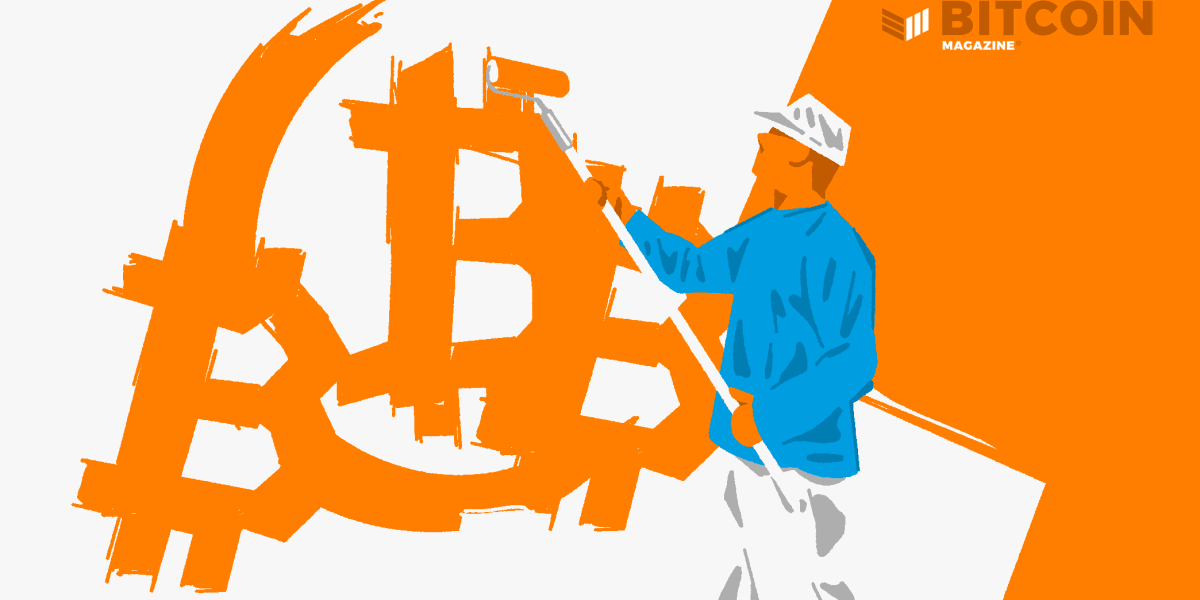 This is an opinion editorial by Erik Dale, host of the “Bitcoin For Breakfast” podcast.

While we are far from harmless, Bitcoiners are arguably some of the most peaceful people on earth. Initiating violence is antithetical to Bitcoin both as a store of value and as a store of values. And the network does an excellent job at defending itself through its decentralization. No army needed.

And I certainly don’t want any confusion with the “XRP Army” or the like.

Yet, with fiat nukes directed at London, Moscow and Berlin, our fiat overlords enriching themselves faster than late medieval Popes and our fiat future promising a level of censorship and surveillance the Gestapo never dreamed about, stacking sats may be considered as our only resistance.

Of course, the fastest way to grow a modern army is to be invaded by Russia, but I want to share some lessons from one of the most successful examples of decentralized resistance the world has ever seen.

A movement born in the wake of a disruptive communications technology that allowed information to be copied and spread at an unimaginable speed.

An innovation created to overcome the corruption and inefficiency of institutions which had outlived their usefulness.

An idea which survived all onslaughts, from brutal internal persecution to decades of continental war.

I’m not talking about Bitcoin.

I want to share seven lessons we can learn from late-medieval Bitcoiners who went through a similar Reformation:

The End Of The World

The late 15th century in Europe was a weird, Matrix-like experience.

Imagine being Neo, walking through the streets of Amsterdam in, say 1492 (to make it relatable to our friends from across the Atlantic). What do you see?

It’s a world where almost every aspect of life is dominated by a single set of institutions that are involved in all important life transitions, provide practically all welfare and education and even decide what is heretical misinformation and who is qualified to access the truth.

To most people around us, the world we’re ending is the only one they have ever known. Perhaps even more so in a world as old as Europe. Many of them will fight us to keep it going. Safe to say, you can’t just go around unplugging people from the Matrix willy-nilly.

Start by talking to the people most likely to listen in the present and the least likely to hurt you in the future: your family and friends.

Being a censor in 1492 must have been a maddening experience though.

Since Johannes Gutenberg became the first person to figure out how to connect his printer to Wi-Fi, things have gotten really out of hand. By 1492, most major European countries were riddled with hipster print shops, at least 25 of them just in the Netherlands.

While the consequences of this were not immediately apparent — like the internet in the ‘90s — it basically enabled a prototype of an immutable public ledger by radically increasing the cost of manipulating or repressing information.

What used to get done with a letter from the Pope now required a whole damn inquisition.

Clearly, late medieval bitcoiners would all agree: run your own node!

Make It Local For Plebs

The greatest weakness of the powerful is always their disdain and distrust in ordinary people.

Imagine living in a world where only officially accredited people can legitimately interpret the truth, written in a language that’s incomprehensible to anyone who has not been brainwashed by the same institutions. It’s a huge stretch of the imagination.

In conditions like this, the truth becomes a crown in the gutter. When Martin Luther translated the Bible into vernacular German and at the same time rejected that the Church was necessary to read it, he simply picked it up and made it local.

Trust that anyone can have a relationship with the truth if you make it available to them. Make some memes, write an op ed, start a podcast, translate a book!

Luther probably didn’t intend to spend 300 days hiding in the attic of Wartburg Castle, but he totally doxxed himself.

While the inquisition had existed in various forms for hundreds of years, it was radicalized in response to the printing press and only became really cruel for a period after the Reformation.

Operations security (OPSEC) matters and institutions that seem benign today may turn on you tomorrow.

This lesson is pretty simple: Make sure your bitcoin is not connected to your identity through know-your-customer exchanges (non-KYC), never tell anyone how much bitcoin you own and take steps to protect your anonymity when you can.

Create Your Own Ecosystem

The first princes to stand up for the reformation were Catholics. They had their own selfish reasons for breaking with the Church. By inviting in an idea whose time had come, they fundamentally transformed their realms in ways that are still highly visible today.

It is no coincidence that the wealthiest and most successful countries in Europe today are in northern Europe, as they have been for centuries now.

So if you believe, as I do, that Bitcoin is a fork in the road for freedom and prosperity, it is as morally incumbent upon us to spread local adoption as it is for a Christian to save your soul.

Organize or attend meetups, teach your hairdresser about bitcoin, offer to pay people back over Lightning.

And if that doesn’t work, run to somewhere it does.

Translating and distributing the Bible while rejecting the Church as necessary for individuals to interpret it, basically open-sourced the Reformation.

While some ran with the open-sourced Bible and made themselves “Supreme Head of the Church of England,” to this day there are basically as many forks of the Reformation as there are congregations.

This means there is no single point of failure, and the large variety of faith and action made the Reformation far more antifragile than the monolithic superstructure is sought to challenge.

Crushing it became an impossible game of whack-a-mole.

Create communities with Bitcoiners, build the citadel you’ve been dreaming about and bring your knowledge and perspective on bitcoin to the table.

Die On This Hill

The curious thing about Jesus is that he could have cut the whole thing short at any time, but he didn’t.

He went to a gruesome end, not knowing if his sacrifice would make a difference. He didn’t blame God, the government or his fellow man for what was happening. He carried his own cross and his own suffering.

He did this because of something we now know to be mathematically true, both on an individual and a societal level: The more people are willing to suffer for the sins of others, the less sin there will be for everyone to suffer for.

Jesus literally invented the meme: I will die on this hill.

There is a range of ideas, tools and communities that all make up the intellectual, technological and social arsenal of Bitcoin. Whether you prefer to think of Bitcoin as a way to save our freedoms, our economy or our climate, I hope I’ve helped you zoom out and inspired you to think about how you can arm yourself and those around you for the decades ahead.

This is a guest post by Erik Dale. Opinions expressed are entirely their own and do not necessarily reflect those of BTC Inc or Bitcoin Magazine.