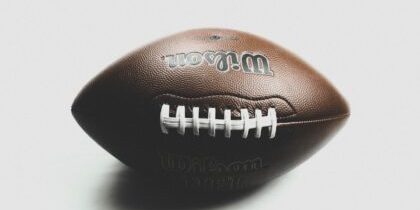 The New England Patriots are in their post-Brady era, and as the NFL season gets into full swing, so too does the Patriots’ partnerships team. The club has locked in a new deal with NFT software firm Chain this week. Let’s look at the details of the deal, and what we can expect to see as the partnership comes to life in the months ahead.

The press release hit the public earlier on Thursday, and outlined a new partnership between not just the Patriots, but controlling holding company Kraft Sports + Entertainment. That means that the sponsorship deal with Chain will encompass the Patriots along with other Kraft properties, including the MLS club New England Revolution as well as Gillette Stadium and nearby shopping center Patriot Place.

Kraft’s VP of sales, Murray Kohl, echoed a sentiment seen throughout the press release: the company was present at the emergence of ‘web2’ and desires being just a present for the early stages of whatever ‘web3’ brings us. Kohl cited their web2 wins, from being the “first pro sports team with a website” and beyond. The release went on to proclaim that “with Chain, we’ll look to innovate that same way with their cutting-edge blockchain technology.” Chain is focused on blockchain infrastructure and generally offers blockchain-related services under a SaaS model.

Some outlets have reported a rumor that the team has also purchased ENS domain patriots.eth for 75 ETH as part of the deal. However, we were unable to confirm the veracity around that claim.

The news shouldn’t surprise attentive fans; back in March, Kraft Group President Jonathan Kraft expressed a bullish perspective at the annual MIT Sloan Analytics Conference – one of, if not the most reputable sports data conventions on the planet. In November, Kraft secured a similar umbrella deal with fan engagement token platform, Socios. November of last year was well before today’s emerging and established NFT deals, such as their partnership with Dapper Labs, which delivers NFT collectables through the ‘NFL All Day’ platform. In fact, it was one of the earlier team-focused NFL deals at the time.

The club is clearly showing a desired interest to play in blockchain technology – we’ll see how it plays out with Chain.

Ethereum Supply Slowed After Upgrade, Will It Ever Trigger Growth?
September 25, 2022