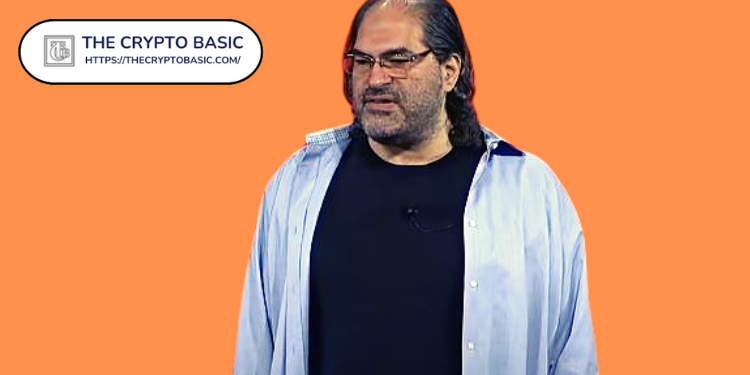 Schwartz believes that there are several lessons to learn from the FTX collapse but says one is the most important and will not be learned.

Ripple CTO David Schwartz, in a Twitter thread today, has asserted that there are several lessons to learn from the FTX collapse.

There are a few lessons that should be learned from the FTX fiasco, but there’s one important lesson that is really pretty obvious in retrospect and that I can say with total confidence will not be learned. 1/4

However, Schwartz believes people are most likely to ignore the most obvious. According to Schwartz, it is impossible to avoid the temptation to speculate with billions of dollars of other people’s funds in your possession for a long time if there are no checks to stop you.

“There are a few lessons that should be learned from the FTX fiasco, but there’s one important lesson that is pretty obvious in retrospect and that I can say with total confidence will not be learned,” Schwartz wrote. “If you hold billions of dollars of other people’s money for indefinite periods, the temptation to speculate with those funds is irresistible if there aren’t verifiable checks that make such risk-taking virtually impossible; nothing else will be sufficient.”

Furthermore, the Ripple executive asserted that enforceable punishment for these acts that kick in only after the crime has been committed would not help. According to Schwartz, neither would due diligence from investors. Additionally, the XRP Ledger builder highlights that even when some users spot these signs early, they will be shot down by others as spreading fear, uncertainty, and doubt.

“The temptation is irresistible,” Schwartz surmises.

It comes in light of the collapse of FTX, the once second-largest crypto exchange in the world. Notably, a bank run confirmed reports of the crypto exchange’s shady handling of user deposits.

Facts indicate that former FTX chief Sam Bankman-Fried with no notice to clients, loaned billions in user funds to his quantitative trading firm Alameda Research using a backdoor created in the company’s accounting software to cover his tracks. Unfortunately, it resulted in FTX having an $8 billion hole in its balance sheet. With no recourse left, FTX and several subsidiaries have filed for bankruptcy protection in the US.

Meanwhile, court filings now reveal that the company’s financial mismanagement was worse than the community previously thought. As CEO and restructuring officer John Ray reveals, the firm had little to nothing regarding accounting and record keeping. In addition, there was no centralized management of cash. Instead, billions in corporate funds were dolled out as loans to SBF and other executives. Furthermore, executives and employees used corporate funds to purchase private property in the Bahamas.

In light of these happenings and the damage to the trust of centralized crypto exchanges, Binance’s Changpeng Zhao has tried to push a “proof-of-reserves” campaign. Notably, it requires centralized crypto platforms to publish their crypto holdings and the wallet addresses where they are held to allow users to verify and trace these holdings on the blockchain.

However, some believe even this is not enough. Kevin O’Leary, who believes that regulations are the answer, says the collapse of FTX will push governments to create regulations that ensure things like these never happen. It bears mentioning that the Shark Tank star was also a paid FTX spokesperson and investor.

US president Joe Biden recently led calls for international crypto regulations in light of the FTX collapse at the most recent Group of 20 (G20) industrialized countries meeting in Indonesia. However, it will not be the first time world leaders do so.