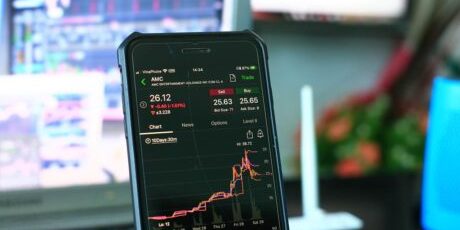 Robinhood hasn’t been shy about it’s desire to be a player in crypto. The platform has had a few years of ups and downs as it’s navigated it’s crypto offerings. This week, however, the platform secured a win on the crypto front by listing it’s first stablecoin, USDC.

The news first came straight from the horses mouth, as Robinhood’s Twitter posted a tweet this morning sharing the news. The token is Robinhood’s 17th supported crypto, and third largest in market cap behind blue chips Bitcoin and Ethereum. It’s the latest token addition since adding Cardano (ADA) at the beginning of the month. It is a growing list of crypto tokens for Robinhood, who also added Polygon in recent weeks.

Additionally, the move shows more bolstering growth for Circle’s USDC, which has sought out the number one spot over Tether’s USDT – the longtime dominant stablecoin. The narrative has been driven by an ideology that Tether’s account management is less transparent and straightforward than USDCs. In recent months, the good folks over at Arcane Research put together future growth projections based on USDC’s momentum this year, which shows USDC overtaking USDT’s number one spot as early as mid-October. The projected gap for today’s number is likely a bit closer than what we’ve seen in reality, however, signaling that a USDC takeover for the top spot could take another 4-6 months. That’s been exacerbated by USDC whale holdings percentage hitting a two-year low in recent weeks.

As our team cited, that movement has been driven by broader market movement, as well as U.S. sanctions on Tornado Cash. Exchange deposits have been substantially low for USDC as well, but mean transaction volumes are still flying high in recent months. Tornado Cash and other external factors, such as threats of U.S. legislation on stablecoins and other crypto, have led to more negative sentiment around stables than positive. Robinhood’s adoption of USDC could help spur the growth in catching up with USDT’s lead. However, it remains to be seen how the more casual investor that typically frequents Robinhood will fare with a stablecoin asset, particularly one that doesn’t generate any interest.