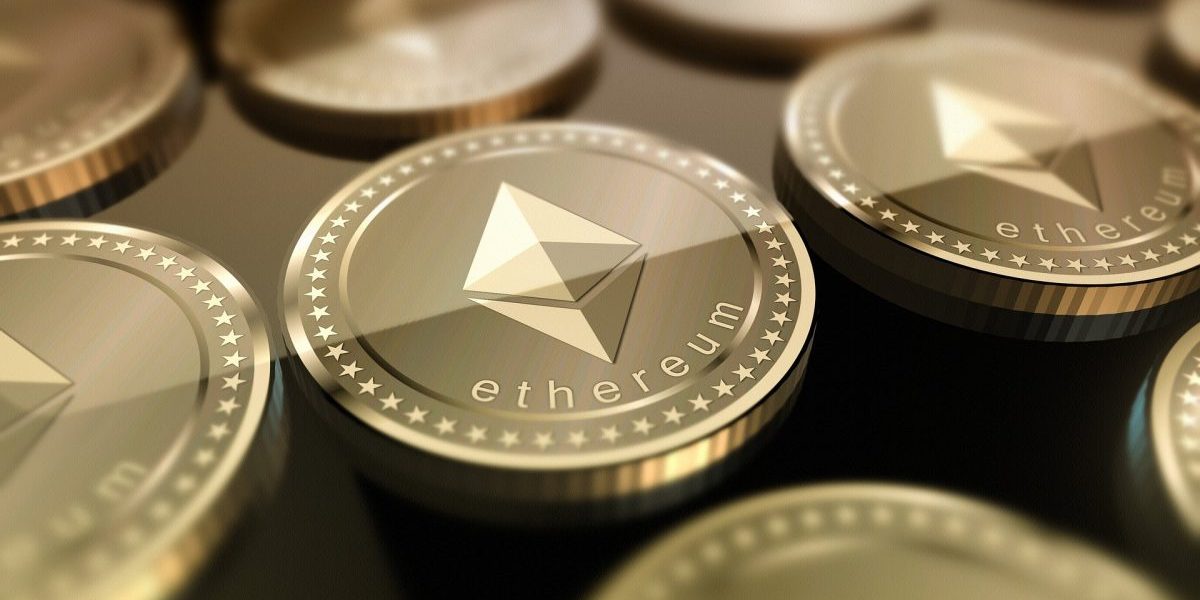 Ethereum has many testnets for users and developers to test things on before interacting with mainnet. These are effectively copies of the Ethereum mainnet on which Ether and other tokens have no value. They allow application, tooling, infrastructure and protocol developers to deploy changes to their products (or the protocol itself!) in a low stakes environment, before moving to mainnet.

That said, because testnets are full-featured blockchains, their history and state grow over time. This eventually makes them harder to run nodes on and to maintain. For this reason, some testnets are periodically sunsetted. This happened last year with the Pyrmont Beacon Chain testnet and more recently with the Kovan execution layer testnet.

With The Merge approaching, client developers have decided to deprecate more testnets in order to focus their efforts on properly maintaining two of them over the long-term: Goerli and Sepolia.

The Kiln, Rinkeby and Ropsten testnets are now being deprecated.

While these three testnets are now considered deprecated, users and developers still have time to plan their migration before they are completely shut down. Kiln, Ropsten and Rinkeby will be shut down according to the schedule below.

The Kiln testnet, launched in 2022 to provide a post-merge testing environment, will be shut down shortly after the Ethereum mainnet’s transition to proof-of-stake, expected in the second half of 2022.

Developers should not use Kiln as a long-lasting testing environment. It is expected to be the first testnet to be shut down after The Merge happens on the Ethereum mainnet.

Developers who currently use Ropsten as a staging/testing environment should migrate to Goerli or Sepolia.

The Rinkeby testnet will not run through The Merge. It is being replaced by Sepolia, and will be shut down roughly one year after Sepolia has transitioned to proof-of-stake, around Q2/Q3 2023.

Once the Ethereum mainnet transitions to proof-of-stake, Rinkeby will no longer be an accurate staging environment for mainnet. A list of changes introduced by The Merge that application developers should be aware of is available here. Again, note that these changes will not be deployed to Rinkeby.

Developers who currently use Rinkeby as a staging/testing environment should prioritize migrating to Goerli or Sepolia, and projects who are affected by Ethereum’s transition to proof-of-stake should aim to do so as soon as possible.

The two testnets which client developers will maintain post-merge are Goerli and Sepolia.

The Goerli network will merge with the Prater Beacon Chain testnet. A new Beacon Chain has been created to transition Sepolia to proof-of-stake.

Goerli’s Beacon Chain will remain open for users wanting to run a testnet validator. Sepolia will operate with a permissioned validator set, similarly to how some testnets work today. Stakers wanting to test protocol upgrades before they are deployed to mainnet should therefore use Goerli.

Goerli also has a strong community and a lot of existing infrastructure supporting it. Its state is the closest to mainnet, which can be useful for testing smart contract interactions.

Sepolia, on the other hand, is fairly new, meaning its state and history are both quite small. This means the network is quick to sync to and that running a node on it requires less storage. This is useful for users who want to quickly spin up a node and interact with the network directly. 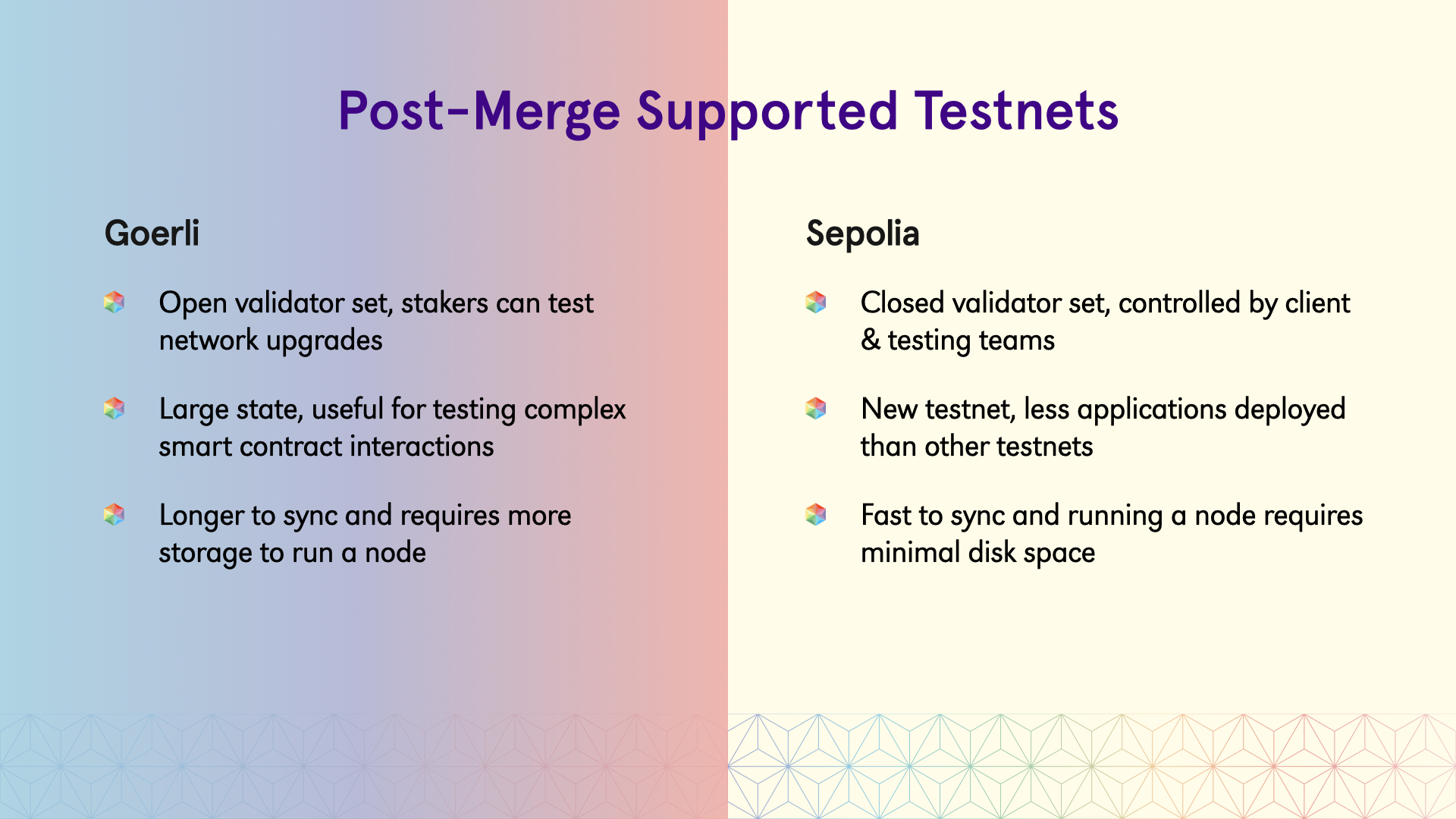 In short, Kiln, Ropsten and Rinkeby are now deprecated. While Kiln and Ropsten have already transitioned to proof-of-stake, Rinkeby will not run through this upgrade.

After The Merge happens on mainnet, Kiln will be sunset. Then, by the end of the year, Ropsten will be as well. Roughly one year after Sepolia has transitioned to proof-of-stake, around Q2/Q3 2023, Rinkeby will be turned off.

To everyone who has helped run, maintain or support these networks, thank you!