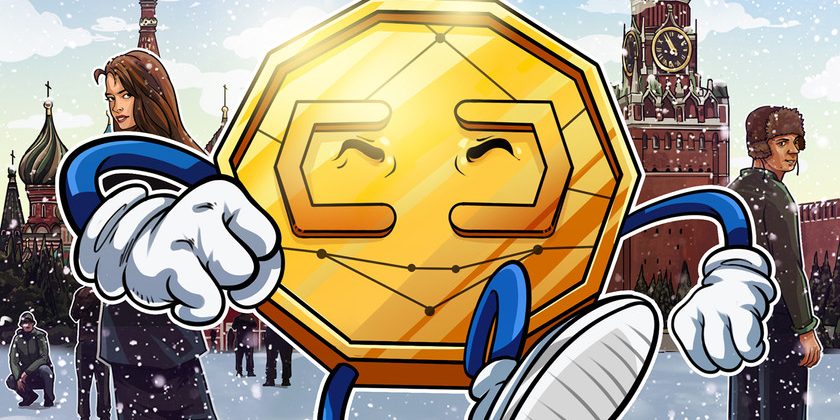 Deputy Finance Minister Alexei Moiseev said the policy describes “how to acquire cryptocurrency, what can be done with it” and its use in cross-border settlements.

The Bank of Russia and the country’s Ministry of Finance have reportedly reached an agreement allowing cross-border settlements in cryptocurrencies.

According to a Thursday report from the Russia-based publication Kommersant, Russia’s Deputy Finance Minister Alexei Moiseev said the government department has agreed “on the whole” with the central bank over a rule that would let residents send cross-border payments using cryptocurrencies. The proposed policy change was reportedly aimed at allowing Russian nationals access to digital wallets.

“[The policy] generally describes how to acquire cryptocurrency, what can be done with it, and how it can or cannot be settled with it in the first place in cross-border settlements,” said Moiseev, according to the report.

Russian news agencies had been reporting that the central bank had been discussing the issue of cross-border crypto payments with government officials. However, the Bank of Russia reportedly opposed allowing crypto exchanges to operate legally and not accepting cryptocurrency as legal tender.

“Now that people are opening crypto wallets outside the Russian Federation, it is necessary to do this in Russia with entities supervised by the central bank, which are required to comply with Anti-Money Laundering and Know Your Customer requirements.”

Russia has had a mixed relationship with crypto. In 2020, the country passed legislation prohibiting the use of cryptocurrencies including Bitcoin (BTC) for payments. President Vladimir Putin also signed a bill into law in July banning digital financial assets as payments. In May, Trade Minister Denis Manturov suggested Russia would legalize crypto payments “sooner or later.”

Related: 72% of Russians say they have never bought Bitcoin: Survey

Since Russia’s invasion of Ukraine in February, the government, businesses, and certain individuals within the country have been the target of comprehensive economic sanctions. On Sept. 15, the United States Treasury Department added 22 individuals and two Russia-based entities to its sanctions list, claiming they had furthered the government’s objectives in Ukraine.