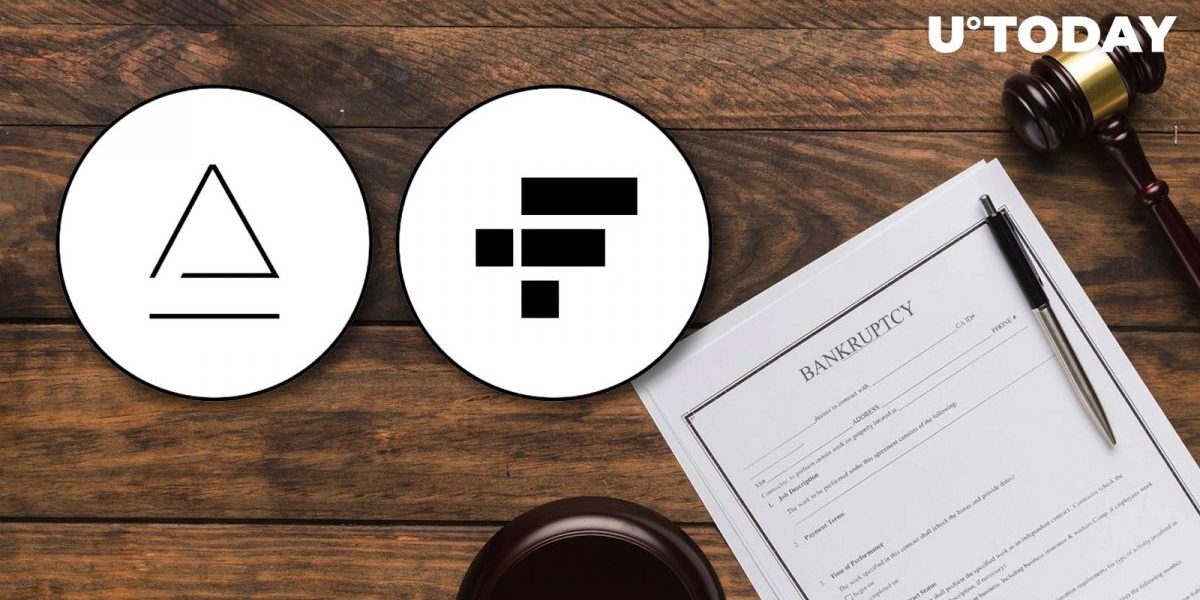 Without a doubt, November is proving to be the darkest month on the cryptocurrency market. Drama ensued between Bitcoin (BTC) and the altcoins shortly after the CEO of Binance announced that the exchange would divest itself of the FTX token.

However, the big problem with this story is Alameda Research, Sam Bankman-Fried’s (SBF) trading company. This is because, in early November, there was a complaint that Alameda was experiencing insolvency problems.

Coindesk released a report, shared by Binance, which said that Alameda may not have enough funds to cover its outstanding debts. SBF’s trading company had a sizable portion of its funds in illiquid tokens based on the Solana blockchain, and the largest proportion of its assets were concentrated in FTT.

In this scenario, the company would have entered the bankruptcy list alongside Terraform Labs, Celsius Network and Three Arrows Capital (3AC). This problem would have hit FTX, so FTX asked for help from major crypto exchange Binance, and its CEO Changpeng Zhao (CZ) said it would step in with help and buy the younger exchange.

Shortly after doing its due diligence on FTX, Binance made the decision to no longer purchase the crypto trading platform. However, this is not the only scandal FTX has been involved in. Although SBF wanted to pass security and report that everything was in order, he had to borrow $1 billion in new capital from Wall Street and Silicon Valley billionaires.

An interesting point in this story is that this action by SBF occurred just a few hours before FTX filed its distress call with Binance.

Furthermore, the exchange’s problems cannot be solved with just $1 billion. After all, it needs at least $8 billion to stay afloat.

Therefore, the belief that FTX was not experiencing a liquidity problem is false. Furthermore, Alameda Research is not as honest as it claims. It would have filed for bankruptcy long before everything collapsed.

Idolized by the cryptocurrency market, SBF managed to attract attention by accumulating a net worth that surpassed the $16 billion mark.

FTX, his flagship company until then, had been leading the crypto industry for some time. SBF was even proud to say that he managed to exceed the turnover of Coinbase, even with fewer customers and being a relative newcomer to the industry.

“We have excellent numbers. We trade 6 times more volume than Coinbase while. We have 20 times less users. When you look at these numbers you can see there’s a lot of potential.”

Despite being involved in controversies related to project launches, SBF managed to be highlighted in many of them, and the most recent one was the APT token.

Of course, we cannot fail to mention that FTX made a million-dollar rescue of BlockFi, and SBF held a large bid for the assets of Voyager Capital shortly after the collapse of the Terra ecosystem (LUNA). This act certainly helped bolster FTX’s image as a solvent company. This was not without reason. FTX won a dispute with Binance itself for Voyager’s assets.

But not everything was going as smoothly as it seemed

Something was not quite right at Alameda Research. For instance, Sam Trabucco decided to step down as CEO of the platform at the end of August.

As the decision seemed quite random at the time, some corners of the market no longer paid attention to it.

Shortly after, FTX’s former president, Brett Harrison, decided it was time to leave office — another big warning sign. After all, why would two great executives leave companies that were doing so well? That sounded even more suspicious.

After these exits, SEC pressure fell on FTX. The Texas Securities Regulator launched an investigation into FTX and SBF.

As Texas State Securities Board executive director Joe Rotunda reported in October, accounts FTX offered that paid investors income in exchange for depositing their cryptocurrencies with the company were under investigation.

All of these facts already indicated that something was wrong, but the real bankruptcy of Alameda would certainly have come before that.

According to the tweet shared by Lucas Nuzzi, Head of R&D at CoinMetrics, the trading company went bankrupt in the second quarter of 2022. Nuzzi informed everyone that Alameda only survived because FTX reportedly offered funds to them. The Coinmetrics researcher said on his Twitter profile that the hoax ended 40 days ago, when 173 million FTT, priced at $4 billion, suddenly became active on-chain.

That same day, $8 billion worth of FTT was moved on-chain. That was the biggest daily move for FTX token in its existence.

But that is not the end of the story. Nuzzi found a transaction that interacted with an FTT token ICO contract in 2019. According to the researcher, the only recipient of the value of $4 billion was Alameda Research.

In Nuzzi’s conception, Alameda’s bankruptcy came at the same time as Three Arrows Capital — that is, in the second quarter of this year.

Without a doubt, FTX decided to protect the trading company so that things did not get any worse for FTT.

If in May Alameda had died, the FTT ICO contract would have been executed and brought down a big sale for all tokens that were purchased in September.

Knowing that, we now understand that when FTX said it was helping Voyager Digital, it was really committed to saving Alameda.

Bitcoin and the altcoins were extremely affected by the Big Money resolution between Binance and the FTX.

What was already not going well due to macroeconomic pressures got worse with the chaotic scene among major cryptocurrency trading companies.

In fact, FUD has intensified among FTX investors, who now express concern about the amount invested.

Venture investors, on the other hand, fear that their investments will be completely wiped out.

In addition, FTX-backed lending company BlockFi announced it would shut down withdrawals from its customers.

Genesis Block, also affected by the FTX drama, will cease trading and close its website on Dec. 10.

But this does not mean that these projects are the only ones affected by the fall of the old market giants. Solana is one of the altcoins that proves this.

Without a doubt, Nov. 8, 2022, will go down in the history of the crypto market as the craziest in its existence.