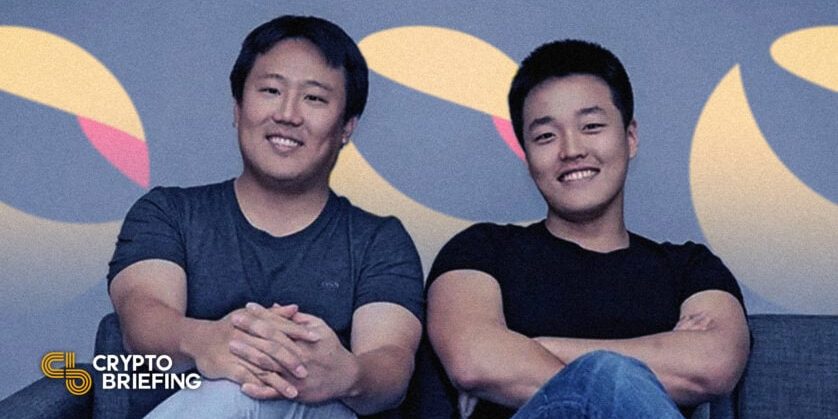 The Terra co-founder’s other company is facing intense scrutiny from South Korean authorities over its connections to the failed project.

The prosecutor’s office is said to be interested in the launch of the company’s Terra payment services, which may have involved the improper use of customers’ personal and private data. That data breach is believed to date back to 2018.

Chai’s partnership with Terra developer Terraform Labs was confirmed in June 2019 when the firm announced it had integrated Terra’s won-pegged stablecoin into its payment app.

More recently, Shin and Chai have been trying to distance themselves from Terra following its spectacular collapse in May. “Chai has been operating independently from Terra since Q1 2020, when our marketing partnership was suspended,” a spokesperson told Forkast following the raid.

On Monday, local media outlets reported that Shin is the focus of a major investigation by South Korean authorities.

The case rests on a large number of pre-issued LUNA tokens, which Shin is accused of receiving without notifying regular investors. Shin is then said to have dumped those tokens on the market, allegedly profiting a 140 billion Korean won worth $106 million.

Since authorities have taken the decision to treat LUNA as a financial investment security, Shin’s actions are being treated as a potential violation of local capital markets law.

Prosecutors are also reported to be seeking information about Shin’s knowledge of insider trading and price manipulation within Terra itself. These further accusations of impropriety only add to what is becoming a perfect storm of legal headaches for Shin and his firm.

His co-founder, Do Kwon, is facing even more serious consequences. The bombastic personality is currently wanted by South Korean authorities and is on Interpol’s Red Notice list, which advises authorities in all 195 of its member states to arrest him on-site. Kwon is still at large, though he has made a few media appearances and has been active on Twitter.

While Shin may wish to distance himself from the Terra disaster, he currently finds himself swimming against the powerful vacuum effect of its aftermath.

Disclosure: At the time of writing, the author of this piece owned BTC, ETH, and other cryptoassets.

Do Kwon Is Wanted in 195 Countries. What Happens Next?

Kwon’s addition to Interpol’s wanted list raises questions about the possible consequences for him and the broader crypto space.  Do Kwon Handed Red Notice  The cat-and-mouse chase between South Korean…

“An Insult”: Do Kwon’s First Interview Since Terra Failure Flops

Viewers complained that the interview failed to address difficult questions related to Terra’s failure. Do Kwon’s Terra Interview Slammed  Do Kwon has given his first interview since Terra collapsed in…