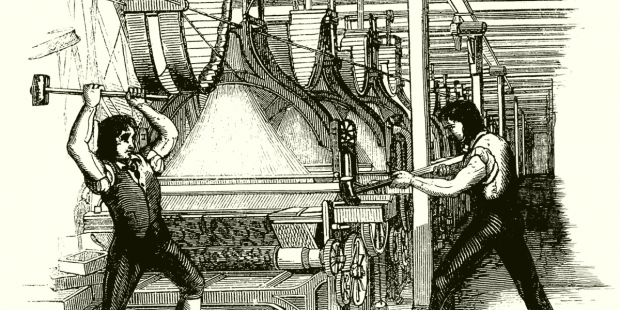 This is an opinion editorial by Level39, a researcher focused on Bitcoin, technology, history, ethics and energy.

The notion that Ethereum’s recent “Merge,” from proof of work to proof of stake, reduces energy consumption by 99.95% is a myth. Nevermind that this calculation excludes expensive enterprise server farms, corporations and the increased work involved in completing proof of stake transactions on a global scale. Follow the money — the cost to make a transaction has not plummeted. Fees aren’t expected to decrease, and any part of the security budget that was previously used to purchase energy for machines will instead be used to purchase energy for Ethereum’s ruling class — negating much of its lower energy bill.

Unlike proof of work, which fosters renewable energy innovation and reduces waste methane emissions, there is no environmental advantage to proof of stake other than that it obscures the energy purchases made by the people that enable its validating infrastructure. The environmental myth of proof of stake is underscored by a neo-Luddite belief that replacing inefficient humans and their infrastructure with economical and energy-intensive machines is a net negative — an ideology that harkens back to the early days of the Industrial Revolution.

The Age Of Luddites

During the Luddite Rebellion (1811 to 1816), Ned Ludd inspired a movement of highly-skilled English textile workers to resist modernization and destroy a particular kind of mechanized textile machine that would be “hurtful to commonality.” Commonality referred to the common good, as in the tradition of the commons. The machines were seen as a threat to communities and the jobs that were destined to become obsolete. These new textile machines could work harder, faster and cheaper than any group of skilled artisans. It was feared that the machines would also lead to mass unemployment in the community and further unequal power relations. The Luddites protested this technological advancement, sabotaged the machinery and attacked its owners.

Over time, Luddite fears were proven wrong. Mechanized technology would not destroy employment. On the contrary, it freed up humans to do more productive and creative things with their time. The vast increase in raw materials translated into even more work for creating increasingly elaborate and cost-effective products. Economic energy-powered technology improves living standards, increases wealth and offers more opportunities for employment.

Automating human effort with energy-intensive machinery is an age-old practice. In 1582, the English merchant fleet had a carrying capacity of 68,000 tons and required 16,000 sailors. Commercial fees were used to purchase energy by way of acquiring food, ale, clothing, heat and medicine for tens of thousands of sailors and their families. Security, efficiency, safety and reliability were common issues for these fleets.

Today, global shipping uses energy-intensive machines but involves relatively very few humans. The container ship OOCL Hong Kong was the largest container ship ever built, at the time of its 2017 delivery, and can carry 200,000 tons while requiring a crew of only 22. Rather than sourcing power to sustain populations of sailors, we build machines that burn energy and liberate humans from mundane and mechanical tasks. This allows humans to do more productive tasks, which in turn unleashes human flourishing.

Modern, energy-intensive container ships are orders of magnitude more efficient and reliable than the merchant fleets of the Middle Ages. It would be thoughtless to assume container ships are wasteful simply because they use more energy than sailing ships. Machines, while energy intensive, replace the energy-intensive requirements of humans who are better suited to do other tasks.

Proof Of Work Is Novel Technology

Proof of work uses energy-intensive machines that put people in traditional finance out of work and frees them up to do more productive things for society so that they too can acquire the ability to purchase energy-intensive activities. Outdated finance jobs become automated and the new energy-intensive work of global settlement moves to smaller groups of miners in rural communities who have access to stranded power — reversing some of the destructive power relationships that Luddites rebelled against more than a century ago.

Instead of massive buildings full of energy-consuming bean counters — secured and backed by energy-intensive governments and militaries around the world — we now have energy-intensive proof-of-work mining machines that effectively guess the number of beans for global settlement, every 10 minutes. This process enables dependable, non-stop, global settlement without prejudice, without rest, and for much less overall cost.

Proof Of Stake Is Legacy Technology

Proof of stake is legacy technology — there is nothing new about it. It is a classical form of equity and governance that has been used for centuries. The tendency for proof-of-stake assets to accumulate in large financial institutions makes it an easy target for regulatory capture, which in turn requires more humans working to ensure compliance, maintain control and leads to increased fees. Physical work by machines, competing over real global resources, is the only method that can reduce or eliminate outdated oligopolistic governance and repressive fees while ensuring censorship resistance.

In a recent interview with Noah Smith, Ethereum Co-Founder Vitalik Buterin boasted that Ethereum could very well have a larger security budget than Bitcoin, in the future. This is a tacit admission that he expects that Ethereum’s elite validators will have significantly more energy-purchasing power than Bitcoin miners do. After all, the ability to purchase energy is entirely limited by a network’s security budget, which are the fees, rewards and revenue that are extracted from its users.

It’s in this light that one can see that proof of stake is a group of wealthy elites — a new breed of bankers running an inefficient database — charging high fees and extracting greater shares of revenue to make their time and efforts worthwhile. These elite insiders don’t want you to consider that security budgets and pre-mined income will be used to buy their own energy. Whether the energy is purchased for humans or machines doesn’t make much difference beyond feel-good corporate carbon accounting. The environment doesn’t care about accounting tricks.

Ethereum’s low energy bill is a diversion from what its security budget is spent on. It is an ESG sleight of hand — a ruse on the gullible and environmentally conscious. You’ll pay high fees to move your money and Ethereum’s elite will rake in profits to buy yachts, sports cars and carbon-intensive services — laughing all the way to their own bank.

Bitcoin’s block reward will halve every four years — meaning miners will increasingly be supported by the fees users are willing to pay for open global settlement. Since Bitcoin’s disinflationary nature encourages savings rather than spending, Buterin predicts network activity and fees will dwindle. He doesn’t mention that miners would not have the funds to purchase much energy in such a scenario and would fall into an energy consumption equilibrium, just like every automated technology throughout history.

An Ethereum with a larger security budget than Bitcoin’s, as Buterin predicts, would enable Ethereum’s elite to purchase more energy than Bitcoin miners. Enriching proof-of-stake validators for energy degrowth will not help humanity progress or solve environmental problems — it only obscures the carbon-intensive energy its insiders will purchase with their high security budgets.

Rather than encouraging degrowth of services, it would be far better for humanity to focus on economically overbuilding cheap, renewable power for a future that will need considerably more energy as a greater number of services are electrified. If Buterin’s predictions come true, and Bitcoin’s power consumption drops with coin issuance, overbuilt renewable energy can be repurposed for other uses.

Of course, one dollar of revenue does not equal one dollar of energy purchases — particularly when Bitcoin excels at sourcing the cheapest energy in low demand. However, even if all the beneficiaries of Ethereum’s pre-mine, high fees and staking rewards consume low-carbon-intensity lifestyles, the money can and likely will flow into carbon-intensive activities.

Visa, Mastercard and American Express combined annually consume less than 1% of the electricity that Bitcoin uses in a year. However, corporate energy consumption obscures the full picture. These companies pay employees large salaries — which are spent on energy-intensive activities — for a task that machines can do faster, cheaper and continuously. Traditional retail payments take days to settle and do not do so at all on holidays, while Bitcoin payments settle reliably every 10 minutes. The revenue that a payment rail extracts from users is a clue as to how many resources it really consumes.

If Amazon economically replaced nearly all of its warehouse employees with robots, critics might characterize Amazon’s higher energy bill as an environmental disaster. However, robots would be consuming raw energy, instead of humans receiving a salary to buy energy. It’s all energy purchases one way or another and there’s no way around that.

As Nikola Tesla opined more than a century ago, the efficiency savings from machines leads to human progress and an ever-increasing demand for energy. As efficiencies drive down costs, people have the ability to consume more resources. He believed it was imperative to keep humanity moving forward by enabling cheaper and cleaner forms of energy — a vision embodied by proof of work.

Corporate carbon accounting obviously doesn’t consider the flow of money from a company into its human consumers of energy. If it did, it would quickly become apparent that corporate-based carbon accounting is window dressing and there is no working plan to provide cheap renewable energy to all of humanity. Rather, the plan is for wealthy people to virtue signal about their green enterprises and extract more money from users to buy more energy-intensive activities with their profits. That won’t solve real environmental problems and won’t advance humanity in any way.

The reality is that environmental problems are often engineering challenges that Luddism and degrowth cannot solve. Countries attempting to reach climate targets need to electrify their economies and triple electrical production with sustainable energy. Approximately one-third of all generated energy is wasted and only one industry can monetize the least valued 0.15% of the world’s energy.

Bitcoin is a pioneer species that unlocks oases of energy in energy deserts, for future uses, and can help balance renewable energy demand. It has the highest penetration of renewable energy of any industry. Only proof of work can monetize methane emissions, grow greener flowers, make stranded landfill gas more economically viable, capture energy from refuse tires and unlock the power of the ocean for a billion people.

For those who revel in the wonders of carbon-accounting, only proof of work can potentially have a net-negative carbon footprint in the next decade. Transforming waste into energy is what drives humanity forward responsibly. We need more energy monetization, not less.

Economic use of energy is how humans progress. It’s also an indication of the value that users are willing to pay for. Groups that oppose Bitcoin’s proof-of-work mining, like Greenpeace and the “Change The Code” campaign, want you to believe that enriching a new breed of bankers will save the planet. They either haven’t taken the time to consider what it actually takes to incentivize responsible stewardship, or they have a conflict of interest with those marketing a Luddite myth.

This is a guest post by Level39. Opinions expressed are entirely their own and do not necessarily reflect those of BTC Inc or Bitcoin Magazine.